Floor plans filed with the city of Los Angeles for the new store reveal a 7,200-square-foot chunk at the rear of the store where a robotic pick center will assemble ambient items intended for pickup or delivery orders, according to a Medium post from Matt Newberg, a media entrepreneur whose HNGRY project focuses on food technology.

According to that report, the center is a product of Dematic, the supply chain service and software firm that is making a move to microfulfillment in retail spaces, including at least one site in Michigan where it will do picking at a Meijer store. Amazon and Dematic have partnered on other warehouse facilities.

A source at Dematic, a German company with U.S. offices in Atlanta, declined comment to WGB, referring questions to Amazon. An Amazon spokeswoman in an email said, “Amazon doesn’t comment on rumors or speculation.” 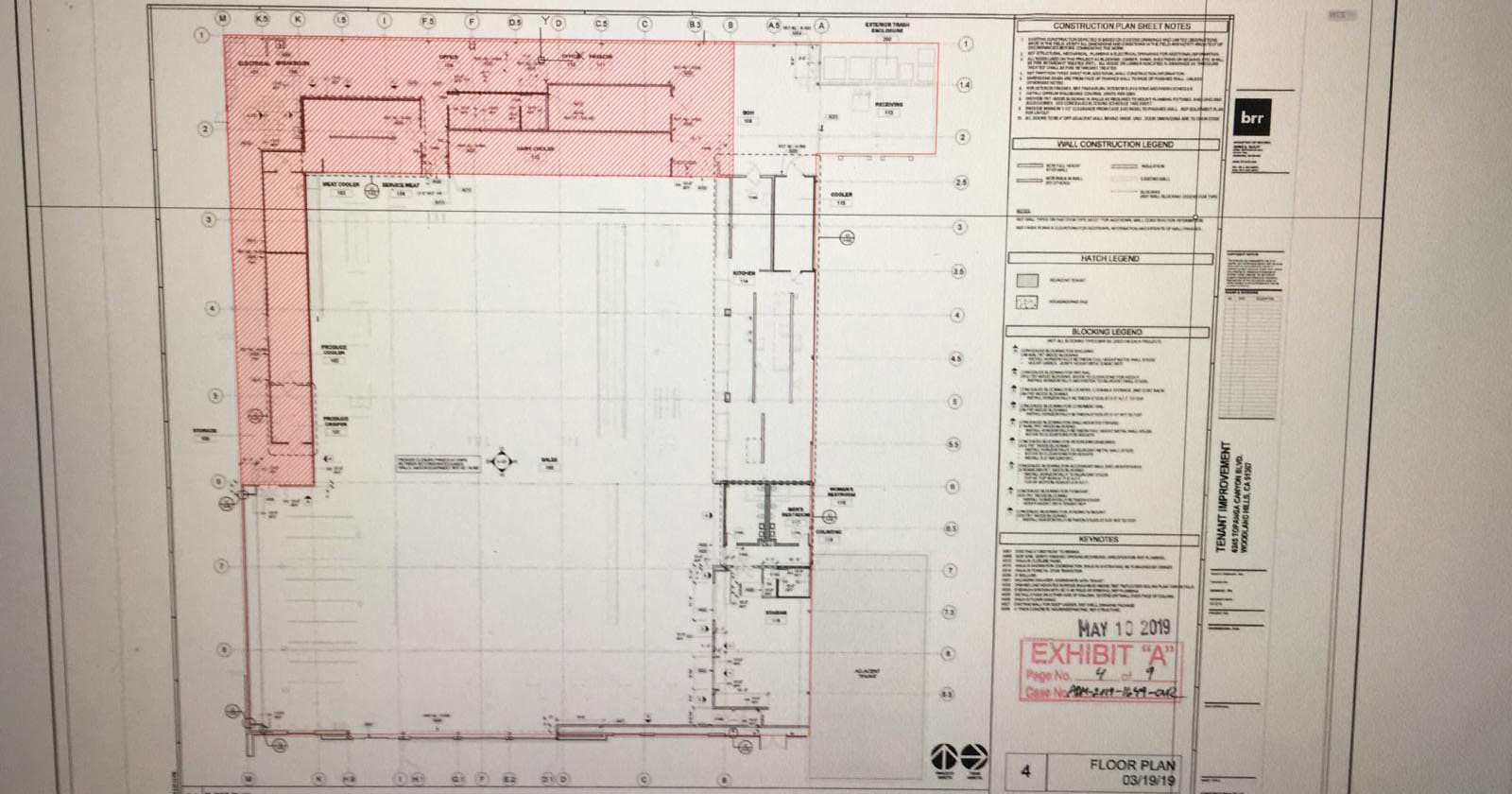 The first photos from inside Amazon’s new grocery store—which, at this point, still lacks an announced brand name or opening date, although hiring commenced late last year—revealed a layout one analyst called “stunningly conventional” in a report last week. That report mentioned a staging area to assemble orders but made no mention of automated picking machinery.

Newberg told WGB his report was based on a recent visit to the site, during which he spied “what looked like” a microfulfillment area, and says he confirmed through sources and a floor plan filed by Amazon detailing where it intended to merchandise alcohol.

The compact facility would assemble dry grocery and other frequently purchased shelf-stable items, which would then be combined with manually picked fresh, frozen and prepared foods.

Microfulfillment centers—predicted for a heavy rollout this year and next—present an opportunity to save labor hours and speed delivery for stores doing double duty as pick centers and distribution points. Combined with physical locations near customers—a key tenet of Amazon’s physical store strategy—they could take costs out of fulfillment supporting more efficient e-commerce.