Paul Scorza, a leading proponent of digital technology products developed for Ahold Delhaize USA, will retire from his role as EVP and chief information officer of the retailer’s Retail Business Services unit at yearend, the company said. 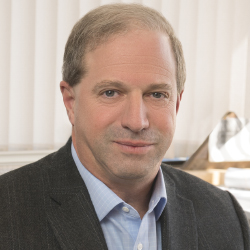 Scorza, a former IBM executive, has served the Dutch retail organization for seven years, first as Ahold USA’s CIO and then taking the same role at RBS, the Quincy, Mass.-based central services group formed after the Ahold Delhaize merger. Scorza was instrumental in leading efforts to modernize the IT infrastructure for the retailer and bring frictionless checkout products to the organization, including an updated “Scan & Go” program rolling out to stores now and the creation of a checkout-free store known as Lunchbox. Scorza also established a successful co-op program offering opportunities for college students to work in an “innovation lab” each semester, saying he modeled the effort after a similar program at IBM.

RBS said a search for Scorza’s successor was underway.

“Paul has been an excellent leader in the information and technology space for our organization, and we’re extremely appreciative of his many successes,” Roger Wheeler, president of Retail Business Services, said in a statement. “Under his leadership, Paul helped ensure the successful merger of Ahold and Delhaize and stood up the IT organization supporting all of the U.S. brands under Retail Business Services. He has also pioneered new technologies to better serve customers from Scan & Go frictionless checkout to piloting a new frictionless store. We thank Paul for his dedicated service and wish him all the best during retirement.”

Prior to Ahold, Scorza spent 32 years at IBM. He is also an avid cook, and a former restaurant owner and milk truck driver.