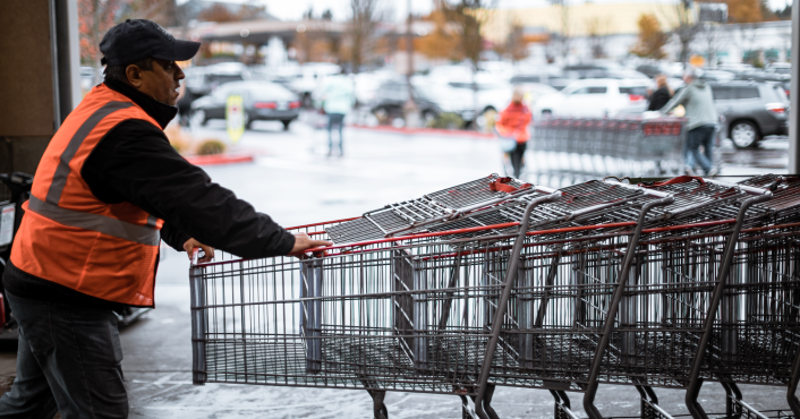 U.S. employers added a lower-than-expected 210,000 jobs in November and retailers shed 20,000 jobs in the month, the Bureau of Labor Statistics (BLS) reported Friday. However, the overall unemployment rate fell 0.4 percentage points to 4.2%, and unemployment rates for both men and women as well as Black, white and Hispanic adults all declined in November.

In a mixed month for the U.S. labor market, job gains at grocery stores and other food and beverage retailers helped offset losses elsewhere in retail. Food and beverage stores added 9,000 jobs in November—fewer than the 16,000 jobs they added in October but a second month in the black after months of job losses. General merchandisers, meanwhile, gave up 20,000 jobs in November. Clothing stores saw losses, too, shedding 18,000 jobs in the month. Retail employment is down 176,000 from February 2020 levels.

Restaurants and bars contributed 11,000 of the 23,000 jobs the leisure and hospitality industry added in November—less than one-tenth of the 119,000 jobs that restaurants and bars added in October. Overall, the BLS noted, "Leisure and hospitality has added 2.4 million jobs thus far in 2021, but employment in the industry is down by 1.3 million, or 7.9%, since February 2020."

In potentially good news for retailers struggling with supply-chain woes, transportation/warehousing added 50,000 jobs in November, and manufacturing added 31,000 jobs. Whereas transportation employment is up over pre-pandemic levels, though, manufacturing remains down—to the tune of 253,000 jobs lower than in February 2020.

The BLS also revised its September and October jobs numbers upward, now reporting an additional 67,000 jobs gained in September (bringing September's total to 379,000) and 15,000 more jobs added in October (for a revised total of 546,000).