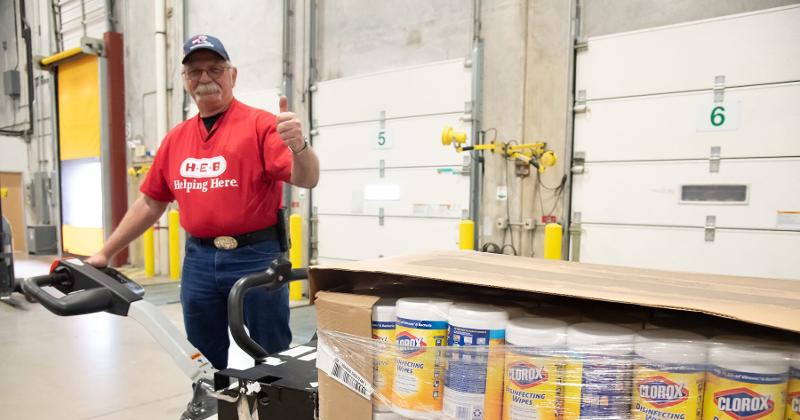 Led by multimillion-dollar investments by Walmart and Target, an increasing number of grocery stores and distributors, including small independents, are investing in hazard-pay rates for employees fighting to feed the nation as the coronavirus pandemic continues.

Stores and distributors across the nation, in the meantime, are continuing to bolster their workforces—deemed essential services by a rising number of state and local authorities as they escalate safety mandates to respond to the crisis. New York Gov. Andrew Cuomo on March 20 issued an order that takes effect late March 22, following a similar effort by Gov. Gavin Newsome of California.

Retailers that are implementing bonuses or temporary increases in pay swelled to include Walmart, Target, H-E-B, Redner’s Markets and Brookshire Grocery Co., among others. (Check out WGB's live blog for details on many of these announcements). Earlier in the week, Amazon and its Whole Foods Market stores said it was temporarily lifting pay for hourly workers by $2 per hour.

Walmart is investing about $365 million to give bonuses of $300 to its hourly workers and $150 to part-time workers, which would pay out April 2 to hourly associates employed as of March 1. The Bentonville, Ark.-based retailer is also accelerating distribution of its regular quarterly bonus to store, club and supply-chain associates a month early, paying out in late April under the assumption that it will achieve its quarterly targets. If the company exceeds its goals, an additional bonus could be distributed at the time initially planned to pay the first-quarter benefit in May.

“Walmart associates have gone above and beyond the call of duty in serving our customers during these unprecedented times,” Doug McMillon, president and CEO of Walmart, said in a release. “We want to reward our associates for their hard work and recognize them for the work that is in front of us.”

Walmart said it was looking to hire 150,000 new associates through the end of May to work in stores, clubs, distribution centers and fulfillment centers. “These roles will be temporary at first, but many will convert to permanent roles over time,” the company said. “We’ve reached out to industry groups representing restaurants and hospitality to facilitate temporary roles that can be a bridge for their employees during this difficult time.”

Walmart is also implementing a new process to dramatically expedite hiring for key roles, such as cashiers and stockers. What is usually a two-week application cycle will be reduced to a 24-hour process.

Target on March 20 said it is increasing pay to hourly store and distribution center workers by $2 per hour until at least May 2, noting the bumps would result in pay increases of between $240 and $480 in that period, on average. In addition, the Minneapolis-based retailer said it would pay out bonuses to 20,000 hourly store team leads for the first time. These workers, who oversee individual departments in Target stores, would receive bonus payments ranging from $250 and $1,500 in early April.

“We continue to experience incredible demand across our business, and Target’s ability to help our guests in this unprecedented time would not be possible without the strength of our team. I am proud and humbled by the dedication and humanity they show to our guests every day,” said Brian Cornell, CEO of Target. “Increasing their compensation for a job incredibly well done and ensuring continued compensation for those who need to care for themselves and their families is a reflection of our company's values and simply the right thing to do.”

Target also said it is offering a 30-day paid leave option for workers ages 65 or older, are pregnant or have underlying medical conditions per the Centers for Disease Control and Prevention. This comes on top of expanding backup care for all team members, temporarily waiving its absenteeism policy and covering quarantine and confirmed illness pay.

H-E-B also announced on social media that it is instituting what it calls a “Texas Proud Pay” bonus of $2 per hour for workers effective March 16 through April 2.

Food distributors are also looking for help amid explosive demand for service to stores. United Natural Foods Inc. (UNFI) earlier this week said its full-time and part-time direct labor associates and drivers would receive a temporary “state or emergency bonus” of $2 per hour on top of their regular wages and overtime hours for time worked through March 31. UNFI-owned retail chain Cub Foods also said it was paying workers another $2 per hour through April 11.

SpartanNash this week said it was seeking candidates for interview and “on the spot” hiring to address sales to supermarket clients that have as much as tripled since the declaration of a pandemic.