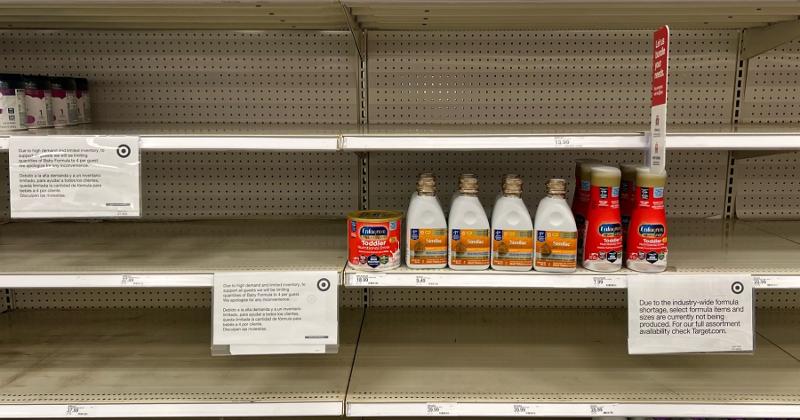 Baby formula continues to be a category hit hard by supply-chain shortages, with Similac, in particular, still feeling the effects from a product recall in February. As such, several national retailers, including Target, CVS and Walgreens, are implementing purchases limits. 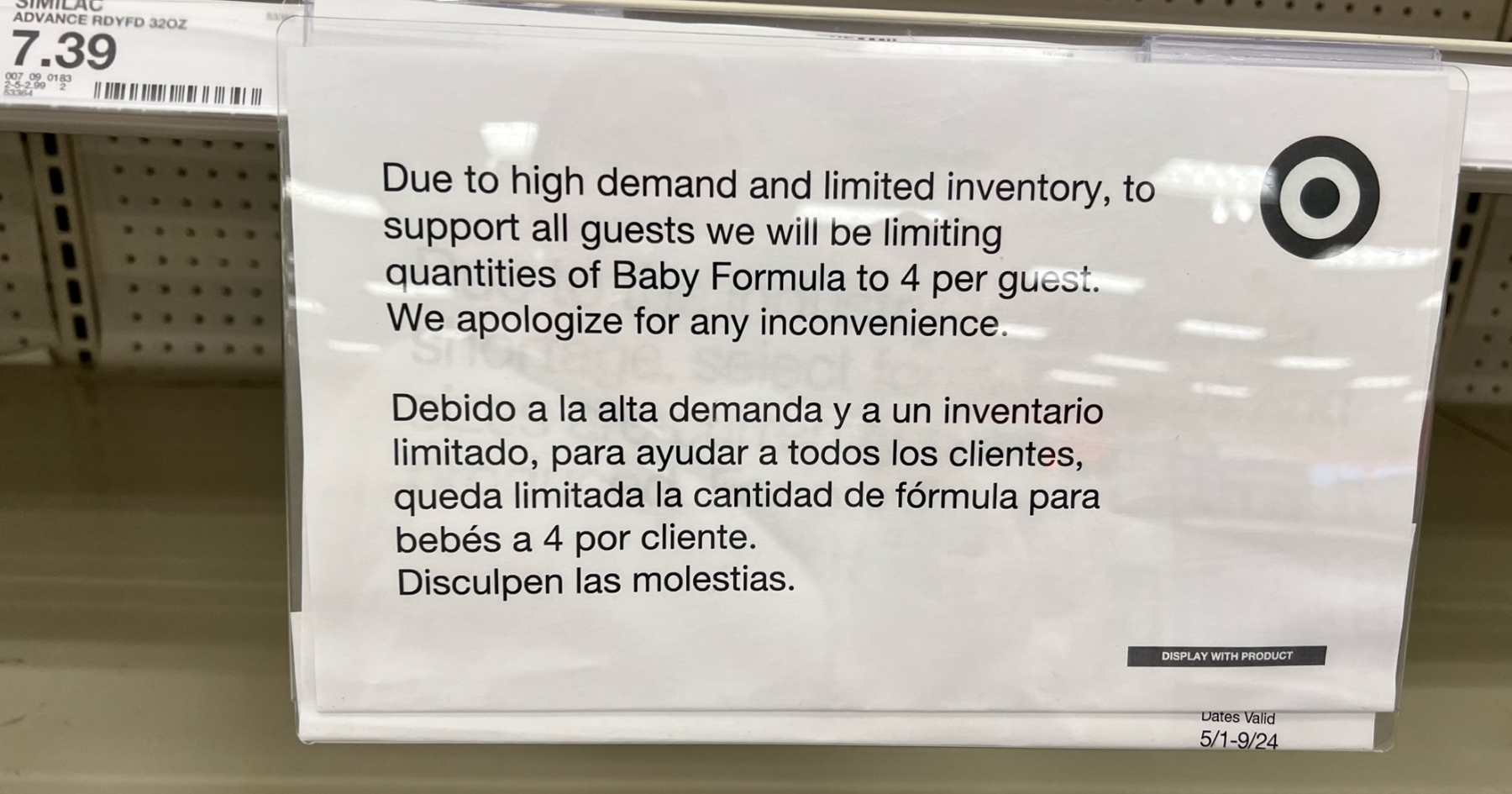 Stockouts of baby formula surged in the first months of 2022, reaching 31% nationwide in April, according to an analysis from retail and CPG data provider Datasembly.

"Inflation, supply-chain shortages and product recalls have brought an unprecedented amount of volatility for baby formula," Datasembly CEO Ben Reich said in a statement, adding that baby formula inventories have been among those harder hit by these factors in 2022.

After hovering in the range of 2% to 8% for most of 2021, formula out-of-stocks began to accelerate late in the year and hit 23% by January 2022, Tysons, Va.-based Datasembly reported. Since then, inventory shortages have worsened, following the shutdown of a major formula production facility owned by Chicago-based Abbott Labs in Sturgis, Mich.

The facility closed in February after reports of contaminated Similac, Alimentum and EleCare formula products. Abbott said in a blog post in April that it is working closely with the U.S. Food and Drug Administration to restart operations at the Michigan facility. “In the meantime, we are working to increase the supply of infant formula by prioritizing infant formula production at our facilities that provide product to the U.S. market,” the company said.

For the week of April 3, Datasembly found, 12 major metro areas had out-of-stocks higher than 40%, including three—Des Moines, Iowa; Minneapolis; and San Antonio—with stockouts of at least 50%. San Antonio, at 56%, was seeing the country's most dramatic inventory shortages, according to Datasembly.