With summer approaching, retailers are beginning to highlight their seafood offerings to engage consumers with seasonal products and recipes. H-E-B, Earth Fare and QFC recently partnered with the Alaska Seafood Marketing Institute (ASMI) to carry out seafood promotions for the 2018 Lenten season, resulting in hefty sales increases during in-store demo months.

San Antonio-based H-E-B featured wild Alaska pollock with 252 Showtime-Fresh cart demos in March, with each store highlighting Alaska pollock POS and recipes, as well as social media ads developed and funded by ASMI. The events reportedly resulted in high shopper attendance, which led to some stores selling out of their Alaska pollock products.

Earth Fare, based in Fletcher, N.C., featured sockeye salmon in March, with plans to do so again in May, including 46 in-store demos each month that are also supported by ASMI social media efforts. Earth Fare stores saw a 92% sales lift for the first round of demos that took place on March 23. 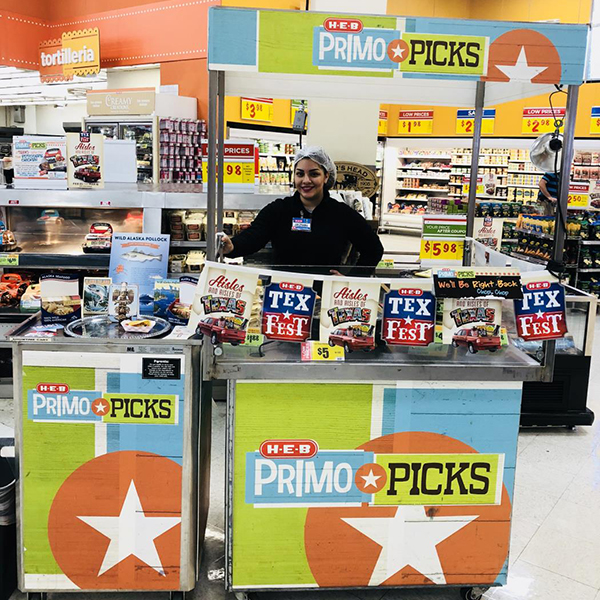 QFC, the Seattle-based Kroger banner, teamed up with ASMI’s wine partner, Chateau Ste. Michelle to cross-merchandise wine in the seafood department, promoting ASMI’s Ibotta campaign that bundled Alaska pollock with H3 wines at a discount of up to $3 in the app. The retailer also implemented a sales contest highlighting the Ibotta promotion, with cash sales incentives offered to the top three stores per district with the highest percent increase of Alaska seafood sales, as well as district prizes for the top-performing employees. With participation from 73% of its stores, QFC increased its sales by 4.4%, hitting more than $1.2 million in Alaska seafood sales.