Grocery stores and grocery workers have become one of the many heroes during the coronavirus pandemic and as such, they have modulated their marketing to focus on their teams and the communities they serve. It comes down to marketing 101 and Maslow’s Hierarchy of Needs, according to a MediaPost article. Consumers are focusing on their most basic of needs right now—food, health and employment—than paying attention to their needs from just a month ago that were more about esteem and self-actualization.

The industry has responded and marketing has shifted to CEOs making heartfelt statements directly to their staffs and customers and CPG companies thanking the people who are ensuring food makes it to customers’ tables.

Grocery retailers are doing much the same when communicating directly with customers. Chandler, Ariz.-based Bashas’ Supermarkets has started a social media campaign asking customers to post images of their chalk art, a trend that is sweeping the nation as parents try to keep their children entertained during quarantine. Customers simply tag Bashas’ Supermarket and use #LetsChalkAZ in the post for a chance to win a $50 Bashas’ gift card. The retailer will randomly select winners every week during the month of April. 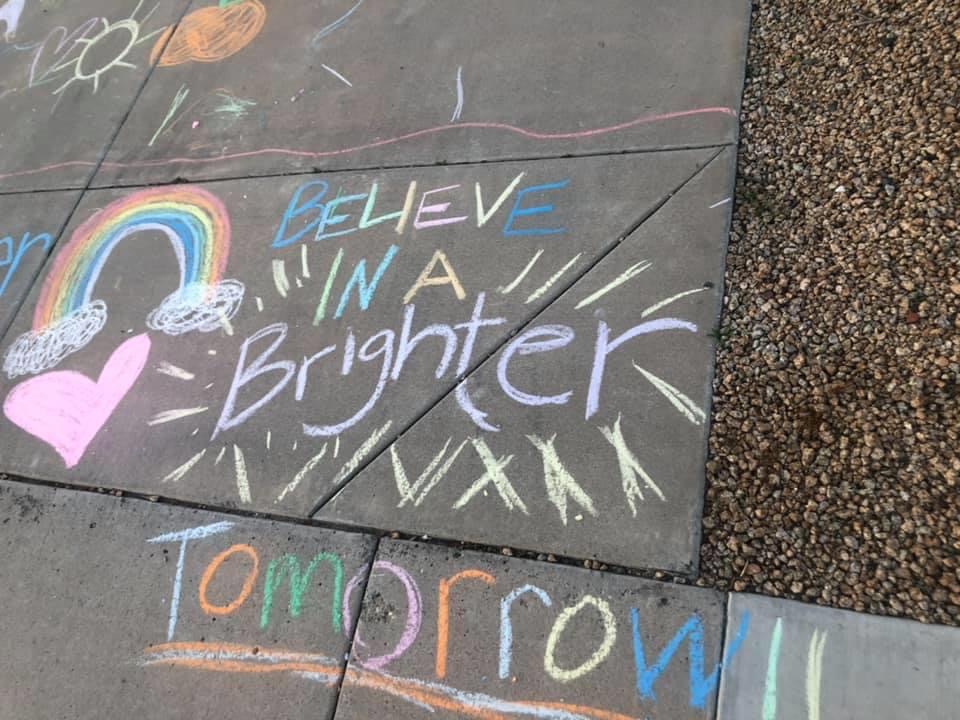 Allegiance Retail Services, the cooperative arm for Foodtown, D’Agostino, Gristedes, Big Deal, La Bella, Brooklyn Harvest and Pathmark grocery stores launched a campaign highlighting the thousands of heroes who go to work every day in the their stores in especially hard hit New York, New Jersey and Pennsylvania. #IStayHomeForMyGroceryHeroes ties in and supports New York governor’s #IStayHomeFor campaign, which honors those working on the front lines and also those vulnerable in our society. 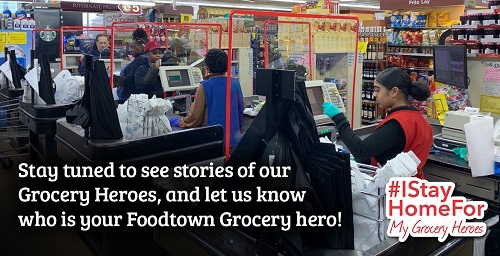 “We want to shine light on the sometimes forgotten front-line heroes who are working and operating local grocery stores and providing the food and household items we all need,” said John Derderian, president and chief operating officer of Allegiance Retail Services, Iselin, N.J.

As part of the campaign, customers are being asked to share their appreciation of their Grocery Store Heroes and post a photo or thank you with the hashtag #IStayHomeForMyGroceryHeroes.

West Des Moines, Iowa-based Hy-Vee, which operates stores in eight Midwestern states, is asking essential workers to submit photos of themselves doing their jobs so Hy-Vee can recognize the work they are doing every day to serve their communities. The campaign also is open to all essential workers, with the retailer asking for photos of doctors, childcare providers and delivery drivers. Photos will be accepted until April 20 via Facebook Messenger and those selected will be featured on Hy-Vee’s social media platforms in a video montage as part of the company’s #HelpfulSmileStrong social media campaign and as an extension of Hy-Vee’s recent heroes ad running on TV.