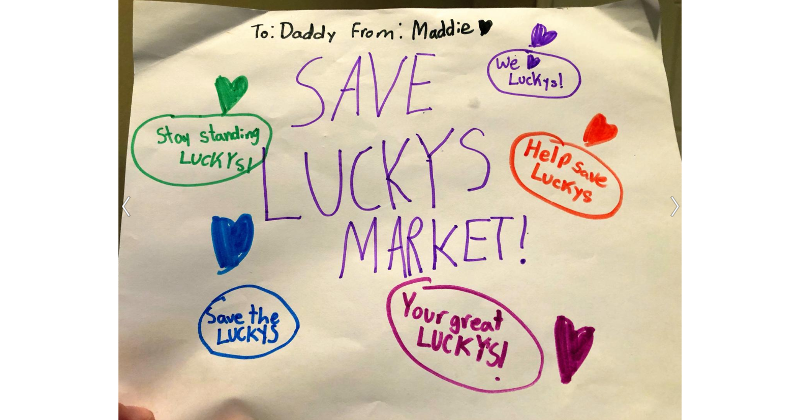 The pending shutdown of 32 of the 39 Lucky’s Market locations in the U.S. struck an emotional chord with shoppers and employees who admired the upstart chain for its charm and pluck, even if the venture was largely unsuccessful.

The Niwot, Colo.-based natural foods chain this week confirmed scattered reports of widespread closures in the wake of disinvestment by The Kroger Co., which made a substantial investment in the chain in 2016 and more than doubled its footprint before acknowledging late last year that Lucky’s wasn’t meeting return criteria and would require substantial additional investment to reach scale.

“We are sad to say the rumors are true. We’re closing many of our stores and couldn’t be more upset to be leaving so many communities who have supported us for years,” the company said in a statement. “What we built with you, our loyal customers, was not in vain. You helped contribute to our mission: Good Food for All. We appreciate the many shopping trips you put in and pints of beer you drank in our stores.”

Lucky’s said units in North Boulder and Fort Collins, Colo.; Traverse City, Mich.; West Melbourne, Fla.; Cleveland and Columbus, Ohio; and Columbia, Mo., would continue, while 32 others, including almost every store that opened under Kroger’s watch, would close by Feb. 12. The closures include 20 stores in Florida, three in Colorado, two each in Missouri and Montana and single stores in Georgia, Kentucky, Michigan and Indiana.

It was not immediately clear how many future stores have been impacted, although reports indicated at least some planned locations in Florida and Colorado are no longer expected to open. Sources said hundreds of store and corporate employees have been laid off.

Social media posts from shoppers this week relayed a palpable grief at the loss of a brand that adopted an egalitarian “organic for the 99%” positioning, while some workers expressed sadness at the pending breakup of spirited teams and what they described as a good company to have worked for.

Me that they’re closing Lucky’s Market when I’ve probably gone there a handful of times since they’ve been open. pic.twitter.com/CX6ndraKoZ 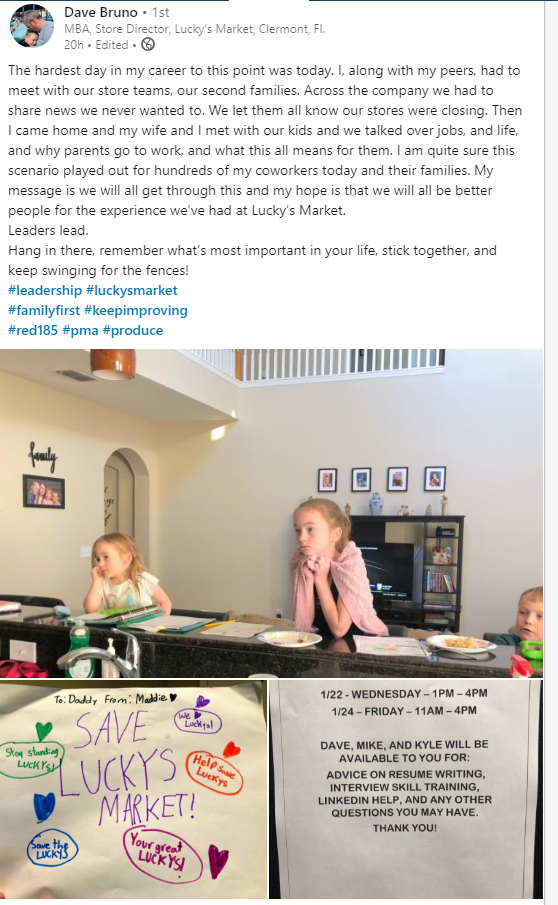 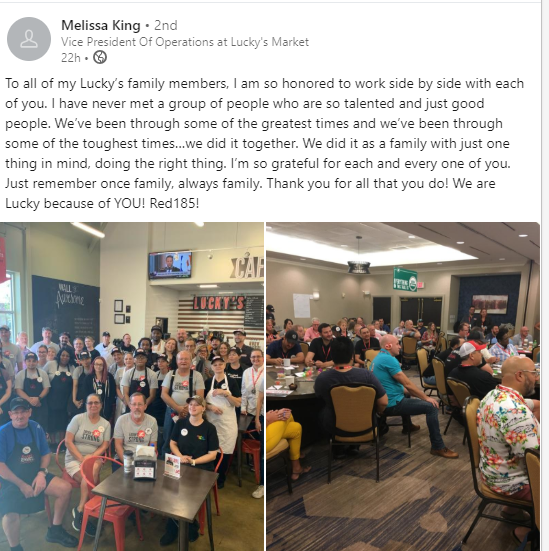 Sources say Lucky’s was undone by a combination of factors, including real estate, difficulties maintaining the quality of its food offerings as it expanded, and increased competition for both food sales and investment. Kroger, which invested in the concept as a means to explore the promising farmers market concept, indicated Lucky’s had a long way to go to reach the kind of scale to make it a profitable business, but it had not shared any specific details about sales or profit trends at the banner.

As reported previously by WGB, Jay Jacobowitz, founder and president of Retail Insights, a Brattleboro, Vt.-based natural food consultant, said in an interview that he felt Lucky’s core gourmet food offering was put under strain by rapid expansion.

Tightened competition in food retailing since 2017—including the Amazon Whole Foods deal, multibillion investments from Walmart and Aldi, and an industrywide move to sharpen pricing and invest behind omnichannel—may have also adversely affected Lucky’s as it has affected Kroger, sources said. In Florida, where Kroger directed nearly all of its efforts to build the brand, market leader Publix has responded fiercely, adding new stores and recharging its nascent Greenwise concept, which, like Lucky’s, appears to take aim at millennial shoppers emphasizing organic and specialty offerings, beer and wine, and fresh foods prepared in a hip setting.

“[Publix CEO] Todd Jones strategically tightened its primary trading areas, putting stores closer to one another,” in response not only to Lucky’s but to other concepts invading Florida, such as Sprouts Farmers Market, Burt P. Flickinger III, managing director of Strategic Resource Group, told WGB.

Mark Thompson, who operates Grocery Anchored, an Orlando, Fla.-based retail real estate services company, added that a lack of information about sales performance at Lucky’s may have contributed to real estate and rent issues.

In the meantime, Lucky’s appears headed back to where it was before Kroger invested, independently running a scattered handful of stores. The company was not immediately available for additional comment.