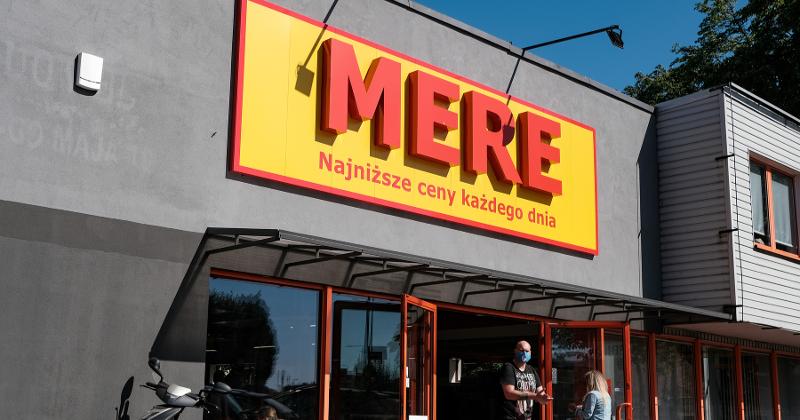 Mere, the bare-bones Russian food chain that calls itself the fastest-growing discounter in Europe and cheaper to shop than Aldi or Lidl, is exploring expansion to the U.S., WGB has learned.

A recent job posting by the company seeks a U.S.-based project manager with responsibility for exploring store sites, negotiating leases and opening stores in Georgia and Alabama.

Mere is owned by Russia’s Svetofor Group. Svetofor (which translates to “Traffic Light” in Russian) was founded in 2009 and today operates more than 2,500 stores in Russia, Belarus and Central Asia, and is among Russia’s 10 largest grocers. Over the past five years, Svetofor has expanded Mere throughout Europe, with small numbers of stores now operating in Germany, Poland, Lithuania, Serbia, Ukraine, Romania, Spain, Italy and the United Kingdom, where its first store is expected to open later this week. Stores in Belgium and Austria are also on the way, according to one of the company’s various websites.

Observers describe Mere as a “bare-knuckles, ultra-discounter” whose stores in Europe feature a limited assortment of branded groceries merchandised off pallets on the store floor or in large wire baskets. Its goods are delivered directly by suppliers, and stores operate mainly in second- or third-tier locations. Reports describe minimal fresh food offerings in some stores and little to no service or marketing; the company says this approach allows it to underprice hard-discount rivals such as Aldi and Lidl by 20% on average. 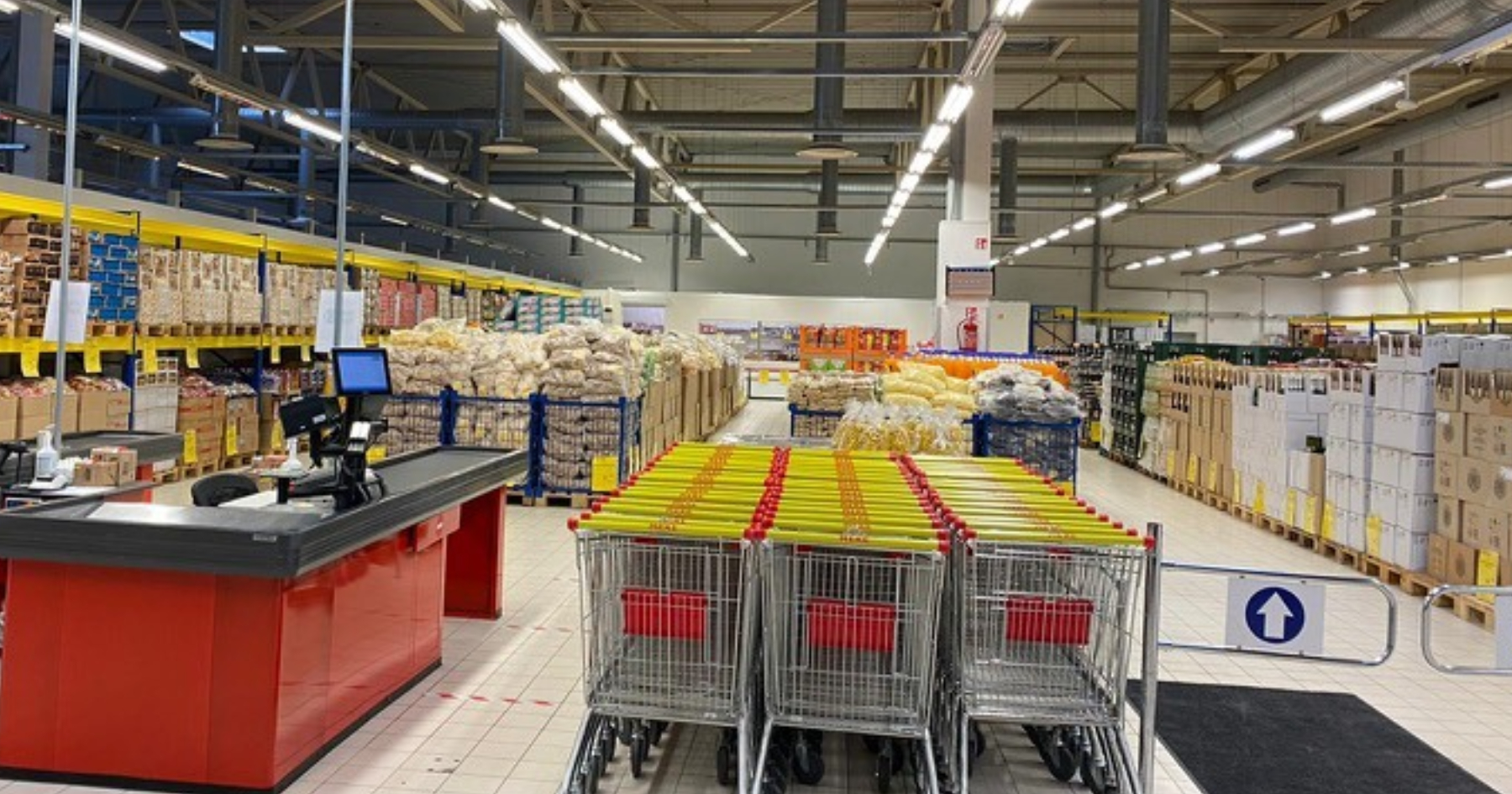 A company representative was not immediately available for comment. According to its website, “Mere stores are distinguished by a diverse range of high-quality products and an optimal price-quality ratio. With our unique experience in the supply of fresh products, we are far ahead of other market players. Our partnerships are built not only with large manufacturers, but also with small local suppliers, which allows small entrepreneurs to consistently supply their products to our stores.”

While it is not known how the concept would adapt to the U.S., the store would appear to signal the potential for a “no-frills” approach to discount food that has largely been abandoned amid the evolution of stores such as Aldi and Save A Lot. Those concepts, while remaining true to core efficiencies that support low prices, have also broadened assortments and modernized their stores in recent years behind a focus on mainstream customers.

It is not known whether Mere has secured any real estate sites in the U.S. as yet, although its focus on Alabama and Georgia would suggest it could be seeking rural communities currently served by small independents, mass discounters such as Walmart and concepts like Dollar General that are in the process of expanding grocery.

Mere's single job listing in the U.S. seeks a commercial real estate specialist, preferably one with knowledge of Russian language.

The Mere expansion comes about a decade since Russia’s largest food retailer, X5 Retail Group, abandoned a nascent plan to expand in the U.S. behind a small discount concept known as Okey-Dokey. A small handful of Okey-Dokey stores opened in South Florida in 2012 but closed within a year. It had at one time envisioned hundreds of U.S. stores.