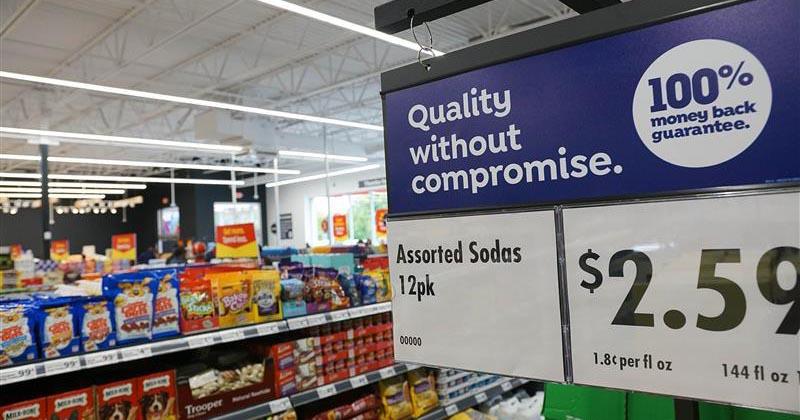 Courtesy of Save A Lot

Save A Lot has reached an agreement with lenders to restructure its balance sheet and reduce debts, a move providing the struggling discounter with crucial support for an ongoing transformation and, according to sources, could potentially ease tensions with licensees by transitioning the company from an operations to a wholesale-led model.

The St. Louis-based company, the second-largest U.S. discounter, said lenders representing about 67% of the company’s term loan have approved the plan, which would provide Save A Lot with $138 million in new capital and reduce debts by more than $400 million. The agreement, which is expected to be finalized soon, would significantly strengthen Save A Lot’s balance sheet and reduce its annual interest expense, the company said.

A source familiar with Save A Lot told WGB that the move could accompany a change whereby the company begins to transition toward a wholesale model that, over time, would seek independent operators to take over corporate-owned stores. Save A Lot currently operates 417 stores with another 698 operated by independent licensees; sources have said a lack of uniformity between those groups has been among the company’s long-standing issues.

“The agreement with our lenders is an important step in securing Save A Lot’s long-term success,” Kenneth McGrath, CEO of Save A Lot, said in a statement. “This is a significant statement of confidence in our business and gives us the appropriate levels of capital to compete effectively.

“We have an amazing group of retail partners and team members who provide Save A Lot shoppers with high-quality products at low prices every day,” McGrath added. “This new investment is an endorsement of their hard work and dedication to our customers.”

Sources said the company internally announced intentions to begin such a transformation Friday. “The most encouraging thing we heard is them say that the licensees were an opportunity and not a burden,” one licensee, who asked not to be identified, told WGB. “Until now, the language had been flowery, but not sincere. It didn’t seem they really had a use for licensees.”

As previously reported in WGB, substantial indebtedness and a business that lost considerable momentum and dozens of stores as a transformation plan came together would require a balance sheet restructuring to stay afloat. Both sales and profits have fallen significantly, and the term loan that supported the 2016 leveraged buyout by Onex Corp. was trading at “deeply distressed” levels.

The chain was said to have engaged investment bank PJ Solomon to explore a partnership or sale and more recently brought aboard FTI Consulting, which sources said would examine ways to reduce costs. EBITDA on a trailing 12-month basis has plummeted from $200 million around the time Onex Corp. acquired the business from Supervalu in 2016 to about $13 million in third-quarter 2019, rating agency Moody’s said in a recent report.

A source said the recapitalization marked a step toward resolution of the strategic review process begun last May. A pivot to a wholesale model would appear to make a sale to a discount operator such as Aldi or Lidl less likely, although groups of stores in specific markets could be sold that way. The model would more closely resemble that utilized by the fast-growing California-based chain Grocery Outlet, which relies almost entirely on independent operators to run stores.

Save A Lot’s corporate stores tend to be clustered in urban areas, with strong concentrations in places like Cleveland, St. Louis and Florida, where almost all of its stores are corporate-owned.

Save A Lot’s transformation plan since Onex took over has included aggressive everyday price reductions supported by vendor renegotiations; repackaging and reformulations of private brand lines; and a new corporate logo and store design.

Some licensees contend that these initiatives arrived too late and that supply-chain issues and high wholesale prices amid a frothy competitive environment in 2017 cost sales momentum that’s been difficult to recapture.

Others characterized a reluctance among licensees to adapt to the changes coming from St. Louis as an issue for the company, which relies on independent owners as a cost effective means to grow.