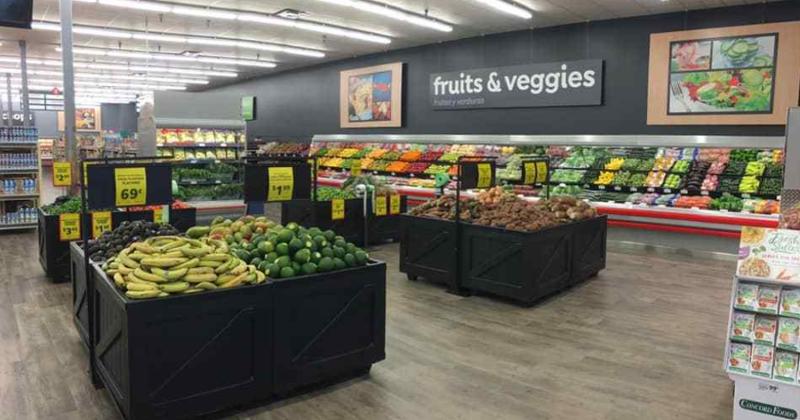 Save A Lot last week said it would accelerate investment behind a plan to renovate and modernize its stores with plans in place to remodel all 1,000 of its units by 2024 in partnership with its independent store owners.

About one-third of its stores will have been renovated by the end of this year. Those renewals are based on the success of recent marketwide upgrades in St. Louis, Denver and Tampa. Stores in those markets have received what Save A Lot described as “lighter and brighter” contemporary interiors, a new store logo and a design that aids efficiency intended to show off localized brand assortments, fresh food and its revamped private-label items.

The remodeling push follows a relicensing program under which Save A Lot is transferring hundreds of corporate stores to independent operators as it refashions itself as a wholesaler.

“As we continue to focus on becoming the brand of choice for our customers and a go-to source in our local communities, it was important that our logo, stores and marketing reflected and reinforced our mission of providing quality products at budget-friendly costs that consistently exceed the expectations of our customers,” Kenneth McGrath, CEO of Save A Lot, said in a release. “This refresh positively supports our efforts to further evolve and gain new shoppers, retain our current shoppers and increase our basket size. We’re particularly pleased to collaborate and co-invest with so many of our independent retail partners to make this possible.”

Save A Lot’s work to revitalize the brand also includes the expansion of its digital marketing efforts through the launch of the “99 Days of Summer” campaign, taking place between May 31 and Sept. 6. The marketing program focuses on infusing joy into summer 2021 and providing digital offers to customers, with daily deals, weekly digital coupons and summer sweepstakes prizes.

Additionally, Save A Lot has announced that it has selected VIA Agency as its marketing agency of record. VIA will manage creative activations and marketing strategy, playing a strong role in Save A Lot’s ongoing brand revitalization.

In other news, Kevin Proctor, Save A Lot’s former chief operating officer and a former board member at the National Grocers Association, has departed the company for a new role as president of Cost-U-Less, a chain of warehouse-style club stores with locations in California, Hawaii, the South Pacific and the Caribbean.

Proctor and McGrath had been colleagues at several companies together, including Lidl Ireland, and in 2015 were the first leaders of Lidl’s founding U.S. team. McGrath and Proctor briefly worked together at Digicel, a mobile phone network firm, and were reunited as top executives at Save A Lot in 2017.

It was not immediately clear if Save A Lot had named a successor to Proctor.