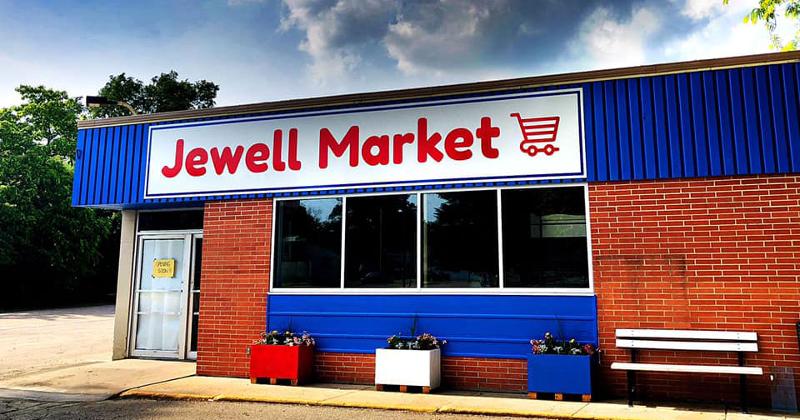 As reported recently by Kat Martin in WGB (“Iowa Town to Reopen Jewell Market,” on June 23), there is a growing movement to support local stores in rural areas—which is now being stimulated by the COVID pandemic.

These “community grocery stores” provide convenient shopping, a gathering spot and a sense of place.

An important first step in opening—or reopening—a community grocery store is to carry out a thorough market analysis study which arrives at a reliable sales forecast. This is achieved by following the long-established fundamentals of good site selection practice.

The key elements of a market study include the following:

1. Are the site characteristics of the closed store (or vacant parcel) adequate for the sales level hoped for? That is, access to area highways, visibility, ingress-egress, and the number of parking spaces?

2. What is the geographical trading area likely to be served by the proposed store? This needs to be based on field research and retail experience rather than hopes or guesses.

3. What is the current –and future—population count living in the town?  And, more important, the entire population likely to be included within the trading area served by the town?

4. What are the demographic characteristics of the trade area population—and what do these mean (together with the population counts) for the total available weekly spending on supermarket-type merchandise? For example, a trade area dominated by an elderly white population will have very different spending patterns than one where there is a significant youthful Hispanic or Somali minority.

5. Who are the competition and what are their grocery sales and facility characteristics—such as store size, aisle widths (now suddenly crucial), parking, pricing, merchandising, etc.?

Even if there is no supermarket competitor in town, a Dollar General or Kwik Trip convenience store may prove to be significant competition—as may the competing sales draws of warehouse clubs and Walmart Supercenters located 10 or 20 miles away.

6. Consideration of the local economic base, including major employers, and the current levels of employment and unemployment. That is, what does the future hold for the town? And how will this affect future population trends?

7. Finally, based on the experiences of similar existing community or co-op grocery stores, careful thought must be given to the likely degree of acceptance that the planned store will achieve among local shoppers. Ultimately, this acceptance level—also frequently termed “power” or “image”—will be expressed in the market share and sales gained by the planned store when it opens.

The best way to estimate acceptance is through reference to one or more existing store performance analogs, as exemplified in the accompanying Figure 1. This example is a community grocery store in a small town in southern Illinois (population around 1,000) which achieves average weekly sales of $20,200 and an estimated market share of 19%.

Figure 2 details how the sales forecast for a new community store is developed, starting with a trade area definition and estimates of the available spending potential (steps 1 through 3). This is followed by the market share estimate (step 4) based on similar existing store performances—and results in the required sales forecasts in steps 5 through 7.

These two figures are obviously simplified but exemplify the careful “homework” that is necessary to reduce the possibility of failure. Although much research can be carried out in-office via computer and Google Earth, an accurate market analysis always needs to include thorough field driving, competitor visits and a site inspection.

David S. Rogers is president of DSR Marketing Systems Inc. He can be reached at dsrms@sbcglobal.net.

Editor's note: Due to a production error, an earlier published version of this story included inaccurate source data.