As opposed to a conventional in-store display, Schnuck Markets’ VP of Produce and Floral Mike Tipton thought big and set out to break the record for the world’s largest pineapple display.

Working with fresh produce importer Fyffes, Schnucks’ colossal display, which was unveiled June 28 at the St. Louis-based retailer’s Arsenal store, included 19,650 pineapples. Tipton and Store Manager Jacque Arnicar expect to “comfortably surpass previous records held by other grocers, whose displays ranged from 15,000 to 18,000 pineapples,” according to a statement.

Schnucks’ is selling the pineapples for 99 cents each or by the case for $5. It's also offering free pineapple coring in-store. A portion of sales from all pineapples purchased through July 5 will benefit Folds of Honor, a nonprofit organization that provides educational scholarships to spouses and children of fallen and disabled military service members. 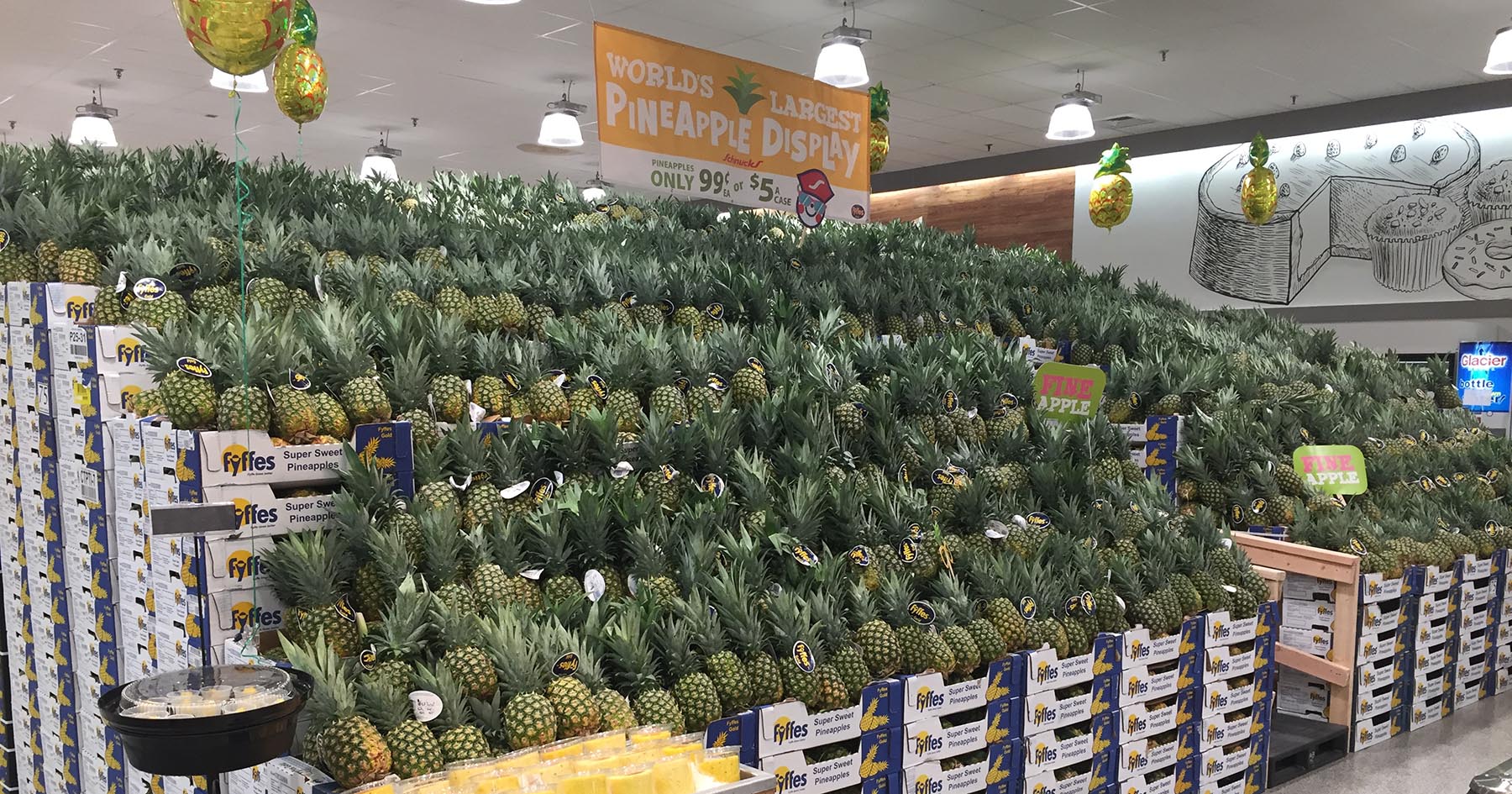 In addition to taking in the eye-catching, oversized pineapple display, the Arsenal store’s team invited customers to enjoy samples of grilled salmon burgers topped with pineapple and taste test other pineapple-themed food, desserts and drinks. The store also hosted interactive events for kids, such as face painting and cookie decorating.

Customers who use the hashtag #WorldsLargestPineappleDisplay and who post their pineapple display selfie to Instagram will be entered into a contest for a chance to win $1,000 in Schnucks gift cards.

The event is the latest effort by the 117-store grocer to support Folds of Honor. For the second consecutive year, Schnucks is hosting a “Round Up at the Register” campaign to benefit the nonprofit through July 4. The company will donate 100% of the proceeds from the Round Up effort to Folds of Honor, which has awarded more than $130 million in scholarships to military spouses and children since 2007.