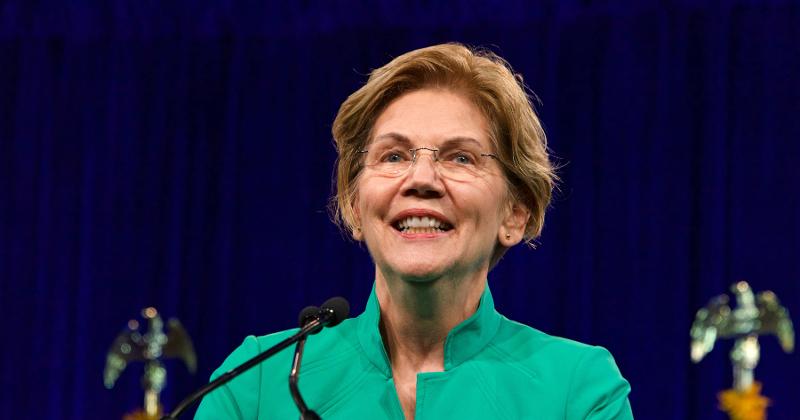 The conference came just days after Brown and Warren, along with other Senate Democrats, sent a letter to CEOs at the top 15 grocery chains (Ahold Delhaize, Albertsons, Aldi, Costco, Dierbergs, Kroger, Meijer, Publix, Schnucks, Smart & Final, Sprouts, Trader Joe’s, Walmart, Wegmans and Whole Foods) urging for the restoration of pandemic pay and the implementation of Centers for Disease Control and Prevention (CDC) recommendations for workplace safety for the duration of the pandemic.

“On Wednesday, the full Massachusetts Congressional Delegation sent a letter to Stop & Shop calling on them to continue the 10% hazard pay increase that workers had been getting since March, and we’re going to stay on it,” said Warren. “Let’s be clear here. Stop & Shop’s parent company [Ahold Delhaize] has been doing great during this pandemic. Profits are up. They aren’t cutting hazard pay because business is down.”

Warren went on to say that eliminating premium “robust” pay for essential workers while the pandemic persists is “just plain wrong.”

During the call, the UFCW announced the COVID-19 death toll among grocery workers has now reached 93, with a total of 12,405 grocery workers infected or exposed among the union’s members.

“[Grocery workers] didn’t sign up for a job that meant putting their lives at risk every day, but they are doing it,” Warren affirmed.

Calling for both a national mask mandate and continued hazard pay for the country’s front-line essential workers, UFCW International President Marc Perrone also discussed the results of a new national poll of 4,000 grocery workers, which revealed statistics such as nearly 1 in 2 workers are more concerned about COVID-19 now than two weeks ago; nearly 7 out of 10 workers say their employer is not enforcing mask mandates; and 75% of workers believe an even worse second wave of COVID-19 cases is coming.

“Grocery store workers and thousands of others are on the front lines of this pandemic. UFCW members are risking their lives so that Americans can keep food on their table. They’re keeping our society going—and their paychecks should reflect that,” said Brown. “My fellow Democratic Senators and I wrote this letter to 15 major grocery store chains with a clear message: the pandemic is not over, and grocery store CEOs need to extend their pay increases and bonuses to front-line workers. If workers deserved hazard pay in April, they certainly deserve it now.”

But a pay raise alone, is not enough, said Warren, who is calling for legislation that would guarantee hazard pay, as well as an entire suite of benefits and enforceable health and safety protections, including universal paid sick and family leave, and childcare.

“A pay bump won’t keep you alive if you contract COVID-19 because you didn’t have the right safety equipment,” said Warren. “One of my top priorities right now is making sure that the next stimulus package includes an Essential Workers Bill of Rights.”