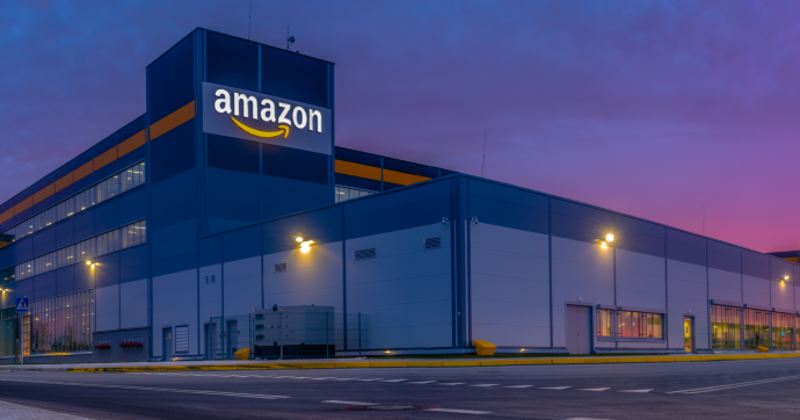 Shoppers who were more out and about this spring thanks to COVID-19 vaccinations and broader business reopenings  spent less time scrolling and buying from Amazon, resulting in softer sales growth in the second quarter for the e-commerce giant, Amazon reported.

Net sales rose to nearly $113.1 billion, up 27% year over year and at about the midpoint of Amazon's previously issued guidance, Amazon CTO Brian Olsavsky said in an earnings call. In North America, sales were up 22% year over year. However, the company missed analysts' estimates as cash flow declined precipitously and labor costs and capacity investments proved a drag on growth.

"We are still catching up" with very strong demand from the pandemic-fueled sales boom of a year ago, Olsavsky stated, with demand volumes having doubled in the past two years. Olsavsky said Amazon is "not back to where we want to be on a number of dimensions," including one-day fulfillment, which lags the pre-pandemic two-years-ago period.

Amazon continues to invest in building fulfillment centers and adding a significant amount of capacity, he said—that has also increased labor spend. To help boost the company's positioning in a competitive market for workers, Amazon moved up its usual October pay increase to May, Olsavsky noted. "Wage pressure has become evident," he said, calling labor the biggest contributor to inflationary pressures the company has seen.

The company was bullish on growth within its AWS cloud platform and Amazon Prime, which Amazon noted has added more than 50 million new members in the past 18 months. Further, Prime members have "ratcheted up their purchases," Olsavsky said. However, as shoppers headed back out to brick-and-mortar stores more often in the second quarter, the pace of sales growth couldn't match what was seen a year ago, when consumers were spending more time at home.

Prime Day, which ran over two days in June—rather than in the third quarter, as it did in 2020—resulted in more than 250 million items sold, including more than 1 million laptops, according to the company. Olsavsky said third-party sellers were a big contributor to the event's success. "Our third-party revenue continues to grow significantly faster than our online stores' revenue," he said, with third-party sellers accounting for 56% of total paid units in the second quarter, up from 53% one year ago.

In the company's earnings release, there was virtually no discussion of grocery—and there were no mentions of  sales performance at Whole Foods Market. Without discussing Amazon Fresh expansion or performance to date, Amazon noted that it now operates 15 Amazon Fresh stores in the U.S. and five in the U.K., and that the company introduced Just Walk Out technology to a full-size grocery location in Bellevue for the first time in the second quarter.

Separately on Friday, the company stated in an email to Amazon Prime members that it will institute a $9.95 service fee for deliveries from Whole Foods Market "to cover operating costs so we can continue to offer the same competitive everyday prices in-store and online at Whole Foods Market."