Delaware Supermarkets Inc. plans to share the anticipated benefits of the newly signed federal tax bill with its workers in the form of $150 bonuses to 1,000 non-management and union-represented employees. The $150 bonus is in addition to holiday and performance bonuses distributed by Delaware Supermarkets, which is the first food retailer to reveal plans to share the gains of the recently enacted tax reform bill with workers.

The company, locally known as Kenny Family ShopRites, is following in the footsteps of such large corporations as AT&T, Boeing and Comcast, which also said they would issue bonuses to workers concurrent with the tax bill. 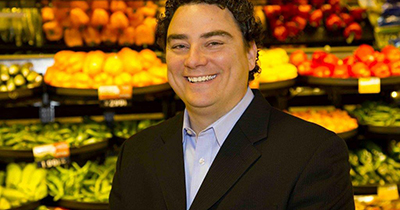 "Our ability to provide bonuses and training to our employees demonstrates the far-reaching implications of this tax reform," Christopher Kenny, president and CEO of Delaware Supermarkets, said in a statement. "We have a renewed optimism for the local and the national economy, and this important legislation better positions us for future growth." Supermarket industry associations including the National Grocers Association and Food Marketing Institute were strong supporters of the tax bill, which they said would help member companies invest more in their businesses and spark consumer spending. The $1.5 trillion bill cuts the corporate tax rate from 35% to 21%, while some business owners will be entitled to new deductions on their business income. Estate tax revision will also help family-owned businesses with their succession plans.

In a conference call prior to the signing of the bill, Michael Zechmeister, CFO of distributor United Natural Foods Inc., estimated the $9.3 billion company could see annual benefits in the range of $25 million to $35 million. “That would certainly lead to a meaningful increase to net income, free cash flow and [earnings per share],” he said.

Delaware Supermarkets was founded in 1995 by Bernie Kenny, who purchased the ShopRite location in Stanton. ShopRite is part of the Wakefern Food Corp. cooperative.

"We're committed to our customers, our fellow small businesses and our communities," Kenny added. "Investing $300,000 in our employees' future shows that we are also committed to our team members. This tax bill allows us to help create a vibrant economy in our home state."