Services were held this week for James Sumas, patriarch and longtime CEO and chairman of the family-led ShopRite operator Village Super Markets.

An influential figure in the growth of the Wakefern Food Corp., Sumas, 84, passed away July 7 in his hometown of Morristown, N.J. He was remembered for having expanded his father and uncle’s grocery store to a 30-store, $1.6 billion chain, and for his guidance in growing Wakefern into the largest retailer-owned cooperative in the U.S.

“Jimmy really represented the entrepreneurial family business spirit that defines Wakefern,” Wakefern Chairman and CEO Joseph S. Colalillo said. “He loved his family and associates and was passionate about the values and the importance of our cooperative. But most importantly, Jimmy loved to teach and mentor others and he helped all of us to grow. He wanted everyone to succeed not only because he cared about the business, but also because he cared about people. Jimmy will be greatly missed here at Wakefern.”

Sumas was born in Newark, N.J., in 1933, the first son to Greek immigrants Nicholas and Athena Sumas. 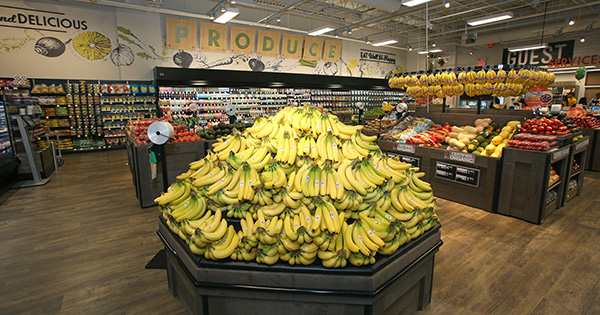 As a youngster, he got his first taste of the supermarket industry while working in his father Nick and uncle Perry’s market in South Orange, N.J. He earned a business degree at Seton Hall University, in 1955 and served in the U.S. Army for the next two years. In 1957, he came home to dedicate himself to his family and to his work in the family business, which a decade earlier had joined the new supermarket cooperative Wakefern.

Sumas helped to guide Springfield, N.J.-based Village for more than four decades. Late last month, the Sumas family opened its 30th ShopRite store and the first ShopRite in the Bronx, a borough of New York City. He was named Village’s chairman in 1989 and its CEO in 2002, and served as VP, treasurer and a director of the company since its incorporation in 1955.

Wakefern called Sumas “an icon in the supermarket industry [who] led by example and helped define the landscape of the grocery business by dedicating his heart and soul to his work. His tireless work ethic, understanding of the marketplace, and intuitive grasp of customer needs helped him turn his family’s neighborhood grocery store into a company powerhouse with 30 ShopRite supermarkets in four states.”

Sumas also played a key role at Wakefern by helping guide the cooperative during its formative years. At Wakefern, he served on numerous committees and was generous with his time in mentoring and nurturing other members of the cooperative. He became Wakefern’s Grocery committee chairman in 1957 and commanded that post for nearly 60 years and was vice chairman of Wakefern and a member of its board for more than 30 years. In addition, he served as chairman of Wakefern’s advertising committee and vice chairman of the sales and merchandising committee and of ShopRite Supermarkets Inc. He was also a member of Wakefern’s trade name and trademark, strategic planning and customer satisfaction committees.