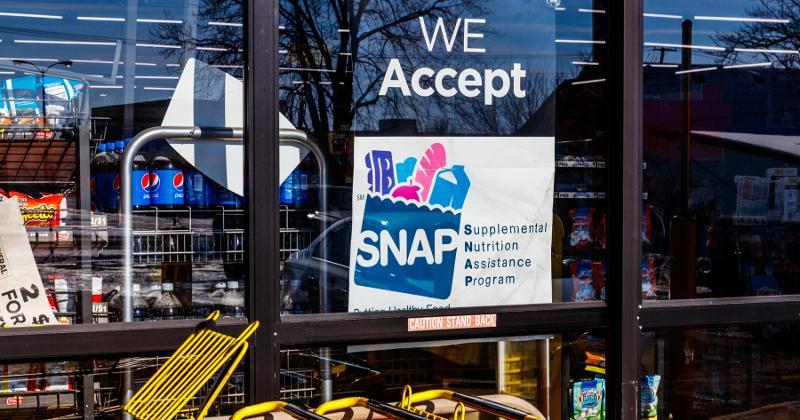 SNAP benefits will increase by an average of $36.24 per beneficiary per month, or $1.19 per day, starting Oct. 1, the U.S. Department of Agriculture announced.

The update follows the department's review of its Thrifty Food Plan, developed in 1975 and used as the basis for calculating food assistance. The farm bill that passed Congress in 2018 called for the USDA to review the now-45-year-old plan, and President Joe Biden made the review a priority during his first week in office, calling for the Thrifty Food Plan to be revised to "better reflect the true cost of a basic healthy diet."

Current food prices, current dietary guidance, food nutrients and Americans' eating behaviors all factored into the revision, according to the USDA. "The plan was calculated using updated purchasing data—collected from stores vs. self-reported by households—to reflect the current price of foods in today’s marketplace," the department noted. More than 40 million Americans currently receive food assistance through SNAP.

Last month, market researcher IRI reported that 28% of grocery shoppers it surveyed in June said they were very concerned about food-cost inflation, with more than 80% saying they believe prices are somewhat or much higher than they were before the pandemic. Last week, the Bureau of Labor Statistics released its July consumer price index, which found that retail food prices climbed 2.6% overall for the 12 months ended in July. Consumers paid paid 6.5% more for beef, 5.2% more for chicken, 6.2% more for milk and 5.2% more for fresh fruit than they did a year ago.

In a news release, the USDA said that nearly 9 in 10 SNAP participants had reported facing barriers to achieving a healthy diet—the most common being the cost of healthy foods, according to the department. Today, the cost of a "nutritious, practical, cost-effective diet" is 21% higher than was previously suggested by the Thrifty Food Plan, the department stated.

FMI–The Food Industry Association said in a statement that its retail partners remain committed to administering SNAP on the ground, with FMI Chief Public Policy Officer Jennifer Hatcher calling the retail industry's work with the USDA on the program "perhaps the most successful public-private partnership of the last 50 years."

"As private partners with the government ensuring efficient redemption of SNAP benefits in every community across the country, retailers look forward to continuing to maintain and build upon the successes of the SNAP program," Hatcher said.