After working for decades to improve food access in underserved neighborhoods in West Oakland, Calif., social entrepreneur Brahm Ahmadi is seeing a dream fully realized: the opening of a full-service grocery store in an area that hasn’t seen one since the 1970s.

Years in the making, Community Foods Market had a grand opening celebration  June 1. 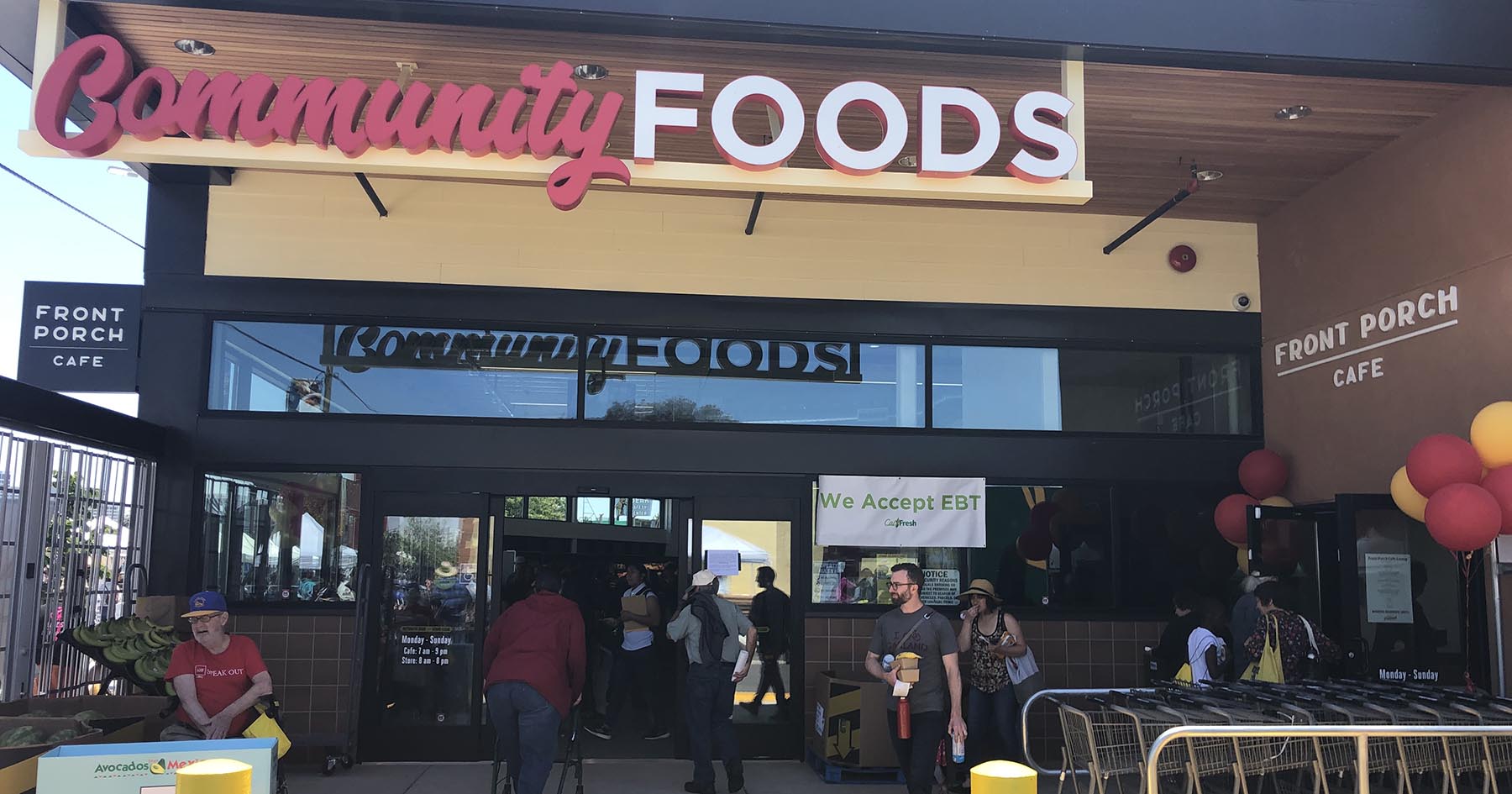 While it’s his first foray into retail, Ahmadi comes from a background working in public health addressing issues such as food distribution/access, and food and health education in West Oakland. In 2002, he co-founded the People’s Grocery, which (among other things) ran a mobile grocery store that traveled throughout the community. He served as the nonprofit’s executive director until 2010, when he decided to tackle the problems on a larger scale.

“We can educate folks all day long about how they need to eat healthy, but at the end of the day if it’s hard for them to access fresh food, then you won’t see much change happening. I decided to go that direction, to open an independent grocery store,” he said.

Ahmadi lists the many advantages independents have over chains: “Independents are more resilient, more responsive, more creative. They are going to be more committed to serving their neighborhoods best. The cookie-cutter approach doesn’t work.”

Building From the Ground Up

West Oakland is an underserved community of 25,000 people who, until now, had to leave the community to do their shopping or rely on convenience-store offerings. In this predominantly low-income, historically African-American and Hispanic part of Oakland, as many as 45% of the residents don’t own cars, making it harder for them to travel to shop for groceries.

According to Ahmadi, lack of access to fresh foods results in a health crisis, with a higher rate of chronic diseases. It’s also an economic issue, with a loss of spending power within the community. “Grocery stores are anchors in the community they serve," he said. "In neighborhoods of color, racism and discrimination has led to the lack of things. They are finally getting some respect and what they deserve. That’s the thing I’m most excited about, is the excitement they will feel about coming in here and shopping here.”

With that in mind, it was critical to site the store in a location that’s as walkable as possible for area residents. Because there hadn’t been a grocery store in decades, there weren’t any existing stores that could be rehabbed. To make matters more complicated, the area has a history of environmental contamination, leaving many sites with expensive remediation work. 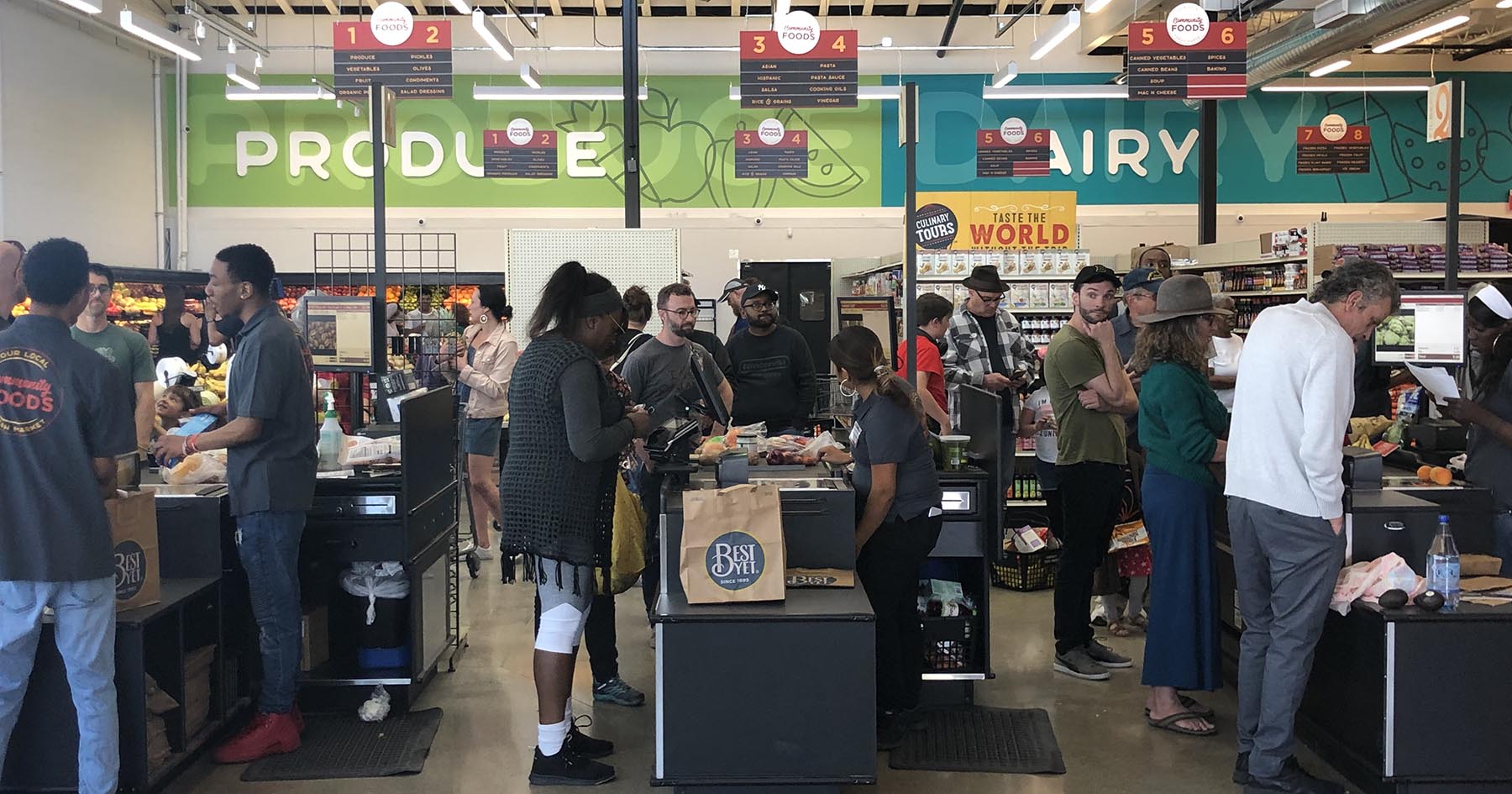 After carefully considering options, Ahmadi found an old storefront in a very central, high-density area, with 9,000 residents within a half-mile. The old building was torn down to make room for the new, 14,000-square-foot store, which is located at 3105 San Pablo Ave. in Oakland.

“We chose a more expensive and longer-term path. It probably could have been done cheaper and quicker, but might not have met the needs of the people we’re trying to serve. We like to think our decision created a more resilient and higher-impact store,” he said.

With a social mission front and center in his business, Ahmadi took an unconventional path to financing. After leaving the nonprofit sector, Ahmadi pursued a business degree and netted a two-year fellowship through the Kellogg Foundation, which enabled him time to work on a business plan and meet with community activists and potential investors.

As it turned out, Ahmadi pursued multiple funding streams:

Ahmadi described the mix as a “bottom-up grassroots initiative with slow, steady fundraising efforts that had good graces of support,” which he said has paid off. “I think there’s a lot of upside in the end—a more resilient, sustainable model. I’m of the mindset you get it right. The goal is to be here for the long-term,” he said. He explained what he considers Community Foods Market's key highlights:

In addition to events at the cafe, Community Foods Market will develop programs with a social mission through its nonprofit arm Fresh Life Foundation, working with community partners to offer cooking classes, dietary consultations, healthcare screenings and other visits with healthcare providers. Those meetings and events will take place upstairs, where there are offices and a community room.

In joining the IGA network, what resonated with Ahmadi was meeting IGA CEO John Ross at a Global Rally, and coming away with “his idea of listening to the customer and marketplace. As independents, we are close to the ground and can respond so quickly,” he said. “With Community Foods, the product mix we’re starting with is our best guess. Our goal is to show our community that we’re listening and responding as quickly as we can.”

Editor's Note: This article was reprinted with permission from IGA's Hometown Happenings newsletter.