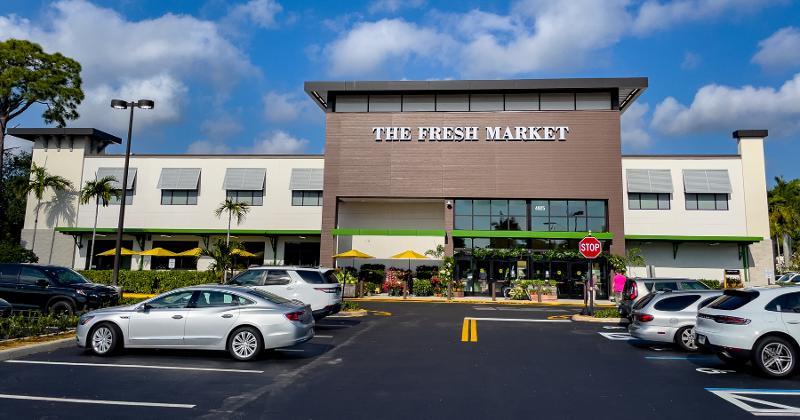 Cencosud, which launched its first Jumbo supermarket in Chile in 1976 and now operates more than 1,200 supermarkets, home improvement stores, departments and shopping centers across Argentina, Brazil, Chile, Peru and Colombia, will use funds from an affiliate of Apollo Global Management (which recently acquired Chicago's Tony's Fresh Market) to facilitate the purchase. Existing shareholders, including company management, the Berry family (Ray Berry founded the specialty retailer in 1982) and The Apollo Funds, will retain a minority equity interest in The Fresh Market, according to a news release.

"With this transaction, Cencosud expands its geographic diversification with approximately 12% of pro forma revenues coming from the United States, a traditionally defensive market with a stable currency," Cencosud stated in its news release. "This partnership also provides Cencosud with access to the U.S. markets where there is a much greater depth of capital markets alternatives. In addition, Cencosud will be able to leverage best practices across its Latin American businesses to The Fresh Market, and accordingly incorporate best practices from The Fresh Market to its existing portfolio, helping to drive increased performance and efficiencies."

The Fresh Market currently operates 160 stores in 22 states, having opened its newest location earlier this spring in Palm Beach Gardens, Fla. Apollo Global Management took the formerly publicly traded company private in 2016 with help from an investment by the Berry family. Last July, The Fresh Market filed for an IPO with the SEC, seeking to raise up to $150 million and be traded on the Nasdaq.

In discussing the retailer's quest to return to public trading, The Fresh Market President and CEO Jason Potter last year touted moves to refocus merchandising, improve in-store execution and invest in omnichannel capabilities. After being taken private by Apollo, The Fresh Market homed in on becoming shoppers’ first choice across three trips, including fresh food, food for special occasions, and curated meal offerings for the home, the company said in July.

"The cornerstone of our strategy to gain share in these eating occasions is to serve our guests the best tasting food the world has to offer, with a culture of service and excellence that our dedicated team members uphold," Potter said in the SEC filing.

In a release announcing the acquisition, Potter said, “Cencosud has demonstrated that it is a world-class retailer with exceptional margins, and we look forward to sharing best practices across our businesses. The Fresh Market has experienced strong financial momentum over the last few years and this partnership with Cencosud will allow the company to further capture market share as we expand our footprint in our core Southeast market and beyond.”