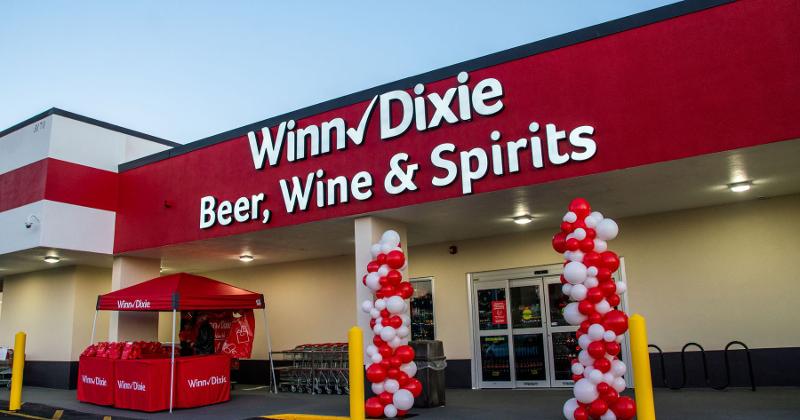 Southeastern Grocers, the Jacksonville, Fla.-based parent of the Winn-Dixie chain, said it was postponing a planned public stock offering that was to take place today, reports said.

The company, whose private owners had registered 10 million shares of stock to be offered at a range of $14 to $16 per share, in a statement late Thursday said the offering was being postponed but did not offer a reason. “The company will continue to evaluate the timing for the proposed offering as market conditions develop,” it said in a statement provided to WGB.

Sources speculated that volatile market conditions—notably the upheaval over the stock of video game retailer Game Stop, whose shares soared this week on the actions of online day-traders exploiting short-positions, drawing a controversial pushback from stock trader Robinhood—may have prevented Southeastern from attracting sufficient investor interest.

Burt P. Flickinger III, an industry consultant with Strategic Resource Group, told WGB early Friday Southeastern appeared to have been “well-supported” heading toward trading and noted the prospect of the offering was a factor in rising stocks of some publicly traded counterparts like Albertsons Cos. and Ingles Markets. Several food retailers in fact reached 52-week highsincluding Albertsons, United Natural Foods Inc., Kroger and BJ’s Wholesale, although those stocks all showed deep drops on late last week while the Game Stop situation unspooled.

Another source, however told WGB on Friday that institutional investors simply balked at Southeastern's asking price, and were circumspect generally on industry stocks. That would support a recent thesis of some stock analysts predicting the sector could face a difficult year lapping big COVID-related sales gains realized in 2020 and an anticipated flight to value among shoppers.

As previously reported, some of Southeastern’s owners—notably, funds associated with longtime private investor Lone Star Funds, an 11.6% owner—were seeking to cash out on the momentum generated by Southeastern’s lengthy turnaround and the positive effects of the coronavirus, which for the last 10 months sent sales flying and helped to reverse years of net losses at the company.

In a filing, Southeastern said preliminary results for the 53-week fiscal year ended Dec. 30 indicated it expected net profits of $317 million to $424 million on sales of $9.6 billion, or $8 billion excluding Bi-Lo stores it has sold or is in the process of disposing. Comparable-store sales are expected to be up by 16.3% for the year and 11.4% for the fourth quarter. Excluding the planned dispositions, comps were up by 17.6% for the year and 13.5% for the quarter, and 14.7% accounting for stores that were closed on Thanksgiving Day this year but not in 2019.

Southeastern was formed by Lone Star-led investors in Bi-Lo when it acquired its larger rival Winn-Dixie. Under Lone Star those companies have had a long history of financial bruises, including Chapter 11 bankruptcy reorganizations both separately and together.

Selling stockholders in the IPO were to receive a $60 million special dividend upon the offering.

Southeastern last attempted an IPO in 2013, but insufficient market interest led to the company withdrawing those plans in 2014.

This story has been updated from an earlier published version to reflect a statement from the company and to amend quarterly same-store figures.