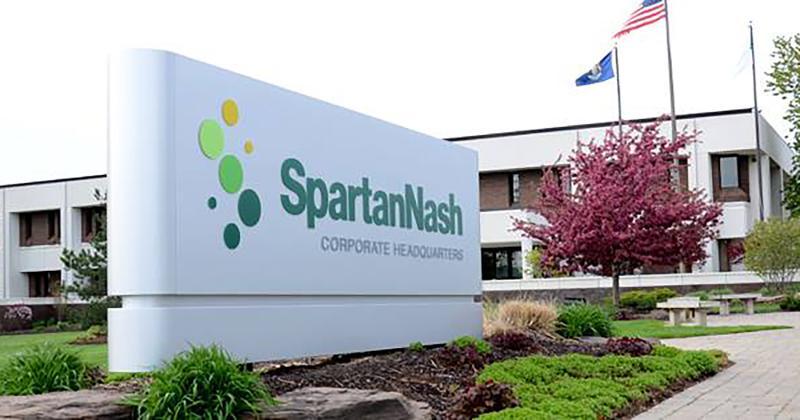 Saying that Grand Rapids, Mich.-based retailer and distributor SpartanNash is "wed to a flawed corporate structure" and has left owned real estate "sitting idle on the balance sheet," an activist investor group is seeking to replace SpartanNash's current board chairman and two other directors with the group's own slate of candidates.

The move by Macellum Advisors and Ancora Holdings Group comes ahead of SpartanNash's as-yet-unscheduled annual shareholders meeting this spring. Macellum and Ancora, which own approximately 4.5% of outstanding common shares of the company, are agitating for a board shakeup with new directors who will, according to the investors' news release, work to ensure that the board considers strategic alternatives for SpartanNash. "Our analysis suggests there is still substantial interest from outside parties willing to pay a meaningful premium for the whole company, its real estate or its assets," Macellum and Ancora stated.

"In its meetings with management in late 2021, Macellum conceded that it was still conducting basic research on SpartanNash, and Macellum’s questions demonstrated a limited understanding of the company’s industry and business," SpartanNash said in a statement. The company continued: "On March 1, during a meeting with directors and management, Macellum presented specific views on the company’s business for the first time since discussions began more than three months earlier. Many of these views were outdated and based on the company’s performance under a former management team that has not been in place since mid-2019."

SpartanNash announced in early February that three new independent directors had joined its board following a "refreshment process" that began last summer. The appointments of Julien Mininberg, Jaymin Patel and Pamela Puryear resulted from a deliberate and diligent effort, according to the company, "to ensure the board continues to have the right combination of skills, experience and diversity to oversee value creation for shareholders." SpartanNash also announced that current board members Frank Gambino, Yvonne Jackson and Elizabeth Nickels would not be seeking reelection at the annual meeting this spring.

Macellum and Ancora are seeking the replacement of board chair Douglas Hacker and directors Margaret Shan Atkins and William Voss. The group's submitted slate of candidates consists of Jonathan Duskin, John Fleming and Michael Lewis. Duskin is founder and CEO of Macellum Capital Management; Fleming and Lewis both are Walmart veterans, with Fleming having previously been CEO of Walmart.com as well as chief marketing officer and chief merchandising officer overseeing Walmart's grocery business, Macellum stated.

Macellum criticized SpartanNash's turnover at the top of the company, saying that CEO changes in the past five years had demonstrated failure to develop effective succession plans. SpartanNash, in reply, said it had made successful progress against turnaround initiatives it set in motion in 2020. That progress, the company said, "is the result of prudent actions by the board and thoughtful strategic initiatives well-executed by management." The company continued: "These actions are delivering significant business results and shareholder value. If appointed, the investor group’s three handpicked nominees threaten to derail the Company’s progress and risk the value of our shareholders’ investment."

In late February, SpartanNash reported better-than-expected retail sales for the fourth quarter of fiscal 2021, with both inflation and higher store traffic contributing to that dollar growth. "We are in a solid position heading into 2022," President and CEO Tony Sarsam said in an earnings call, with CFO Jason Monaco adding that the company believes it has "real value-creation opportunities here, and we're running against it."