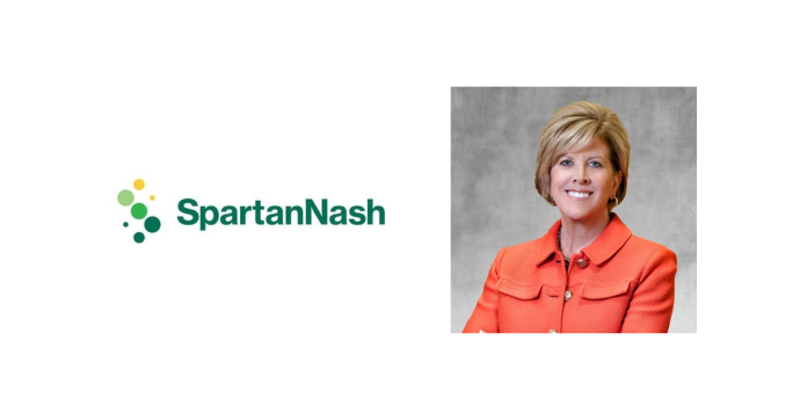 Lori Raya, who joined SpartanNash as EVP and chief merchandising and marketing officer in 2019 after a three-decade career with Safeway, is leaving the company.

An SEC filing notes that Raya informed the Grand Rapids, Mich.-based retailer and wholesaler on June 3 of her intent to resign. Raya will work with SpartanNash to ensure an orderly transition, the filing noted. SpartanNash so far has not issued a statement about Raya's departure or officially named a successor.

SpartanNash has seen a multitude of leadership changes since Tony Sarsam took over as CEO in September. So far this year, the company has named a new CFO, chief supply chain officer and chief strategy officer in addition to making several moves at the VP level. In May, SpartanNash confirmed Douglas Hacker as the company's new board chairman following the retirement of Dennis Eidson.

The company last week reported a same-store sales decline for the first fiscal quarter of 7%, in line with its expectations. Retail sales were a comparative bright spot, helping to make up for lower-than-expected sales in the company's military business.

In a WGB exclusive interview in February 2020, Raya discussed the increasingly important role of advanced AI in driving effective, efficient, loyalty-building engagements with customers and praised the relationships-focused culture at SpartanNash. "That’s one of the things I appreciate about working at SpartanNash, because the company’s vision—to be a best-in-class business that feels local, where relationships matter—really aligns with that viewpoint as well," Raya said.

Raya's career with Safeway included oversight of the transition process following Albertsons' acquisition of Safeway in 2014. She started as a store employee at Safeway in 1987 and rose through the managerial ranks to become group vice president of strategic initiatives and later president of Safeway's Vons division—the first woman to hold that role in Vons' more-than-100-year history, according to her LinkedIn profile.