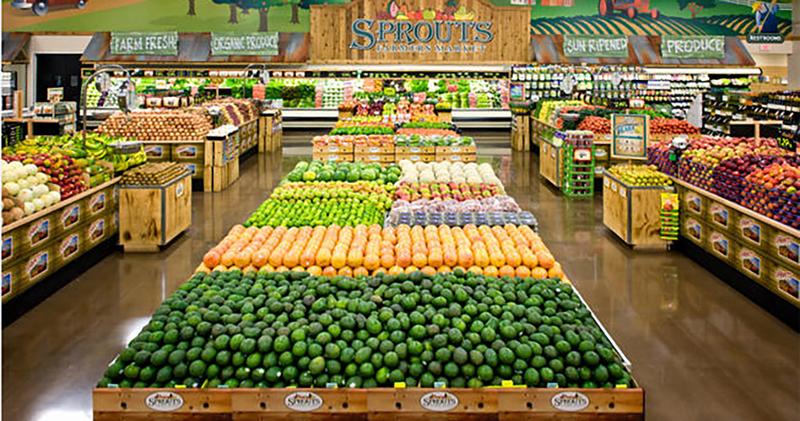 As it turns out, inflation may not be coming to the rescue after all, based on details provided by two publicly traded retailers' most recent financial results for the new fiscal year.

In what could be an ominous signal for food retail this year, companies that endured a punishing stretch of deflation that subsided last year were optimistic about an anticipated return to “normal” levels of inflation in 2018. However, early financial results indicate that prices have been slow to move, both because of costs—the spread between producer and consumer price increases crossed over to the “red” again in March, government figures show—and a highly competitive market where retailers have passed along increased costs with caution.

To wit: Sprouts Farmers Market on Thursday made a downward adjustment to its anticipated sales and comp outlook for the fiscal year, saying inflation would be less than initially anticipated.

Sprouts officials said expectations of lower inflation—primarily due to produce costs—was the chief contributor to an adjustment in its annual sales and comp guidance during a conference call Thursday. Sprouts is now expecting comps in the 1.5% to 2.5% range, vs. earlier expectations that comps would range from 2.5% to 3.5%. Its overall revenue guidance also slipped from a February estimate of 11.5%-12.5% to 10.5%-11.5%. The company did not adjust its earnings expectations.

Smart & Final, which reported financial results late Wednesday, also saw the rate of inflation slowing relative to its fourth-quarter performance, as noted by CEO Dave Hirz, who said the retailer was now expecting inflation of 1% for the year, vs. previous expectations of 2%.

During Sprouts' first quarter, which ended April 1, the retailer said a low supply of foreign produce early in the period impeded its ability to promote as aggressively at it wanted to. And when supply caught up late in the quarter, deflating prices kept sales from growing as robustly as the company would have liked, said President and COO Jim Nielsen.

The sales outlook for Sprouts, which anticipates deflation in produce will continue at least through early summer, was also affected by the termination of its delivery deal with Amazon Prime Now. The arrangement had covered 15 Sprouts stores, and officials said it helped build incremental sales. It ended May 1, as Amazon phased out previous delivery partnerships to build delivery capabilities at Whole Foods, which the e-commerce giant acquired last year.

Sprouts is in the process of expanding delivery with Instacart, but CEO Amin Maredia said it would be a gradual ramp-up process as the retailer gets comfortable with the service offering. “We want to be very methodical and make sure we have outstanding service before we expanded our marketing efforts,” he said. “We were in our former [Amazon] relationship for 18 months. Any time you switch over, there will be timing issues to grow the business. But we’re very confident that throughout this year we’ll grow the business in a similar fashion, if not better, than we had in our previous relationship.”

The news from Sprouts was hardly all bad. Sales for the period increased by 14% to $1.3 billion, comps improved by 2.7%, gross profits were up by 15% and gross margins as a percent of sales improved by 25 basis points to 30.1%, in part because of the lack of promotional power it had early in the quarter when supplies were spotty.

The company opened nine stores in the quarter and four so far in its current second quarter, including its first store in the state of Maryland. Sprouts presently operates 298 stores and said it is on track to open 30 new units this year.