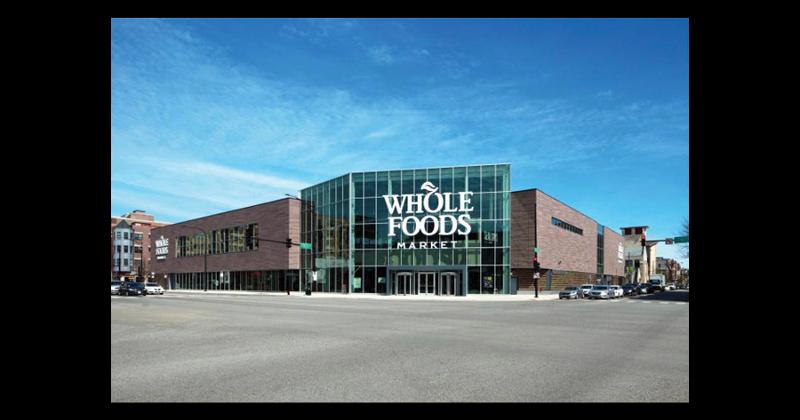 “A $70-plus million-dollar deal turns a lot of heads,” says Mark Thompson, an Orlando, Fla.-based former real estate broker turned CEO and founder of GroceryAnchored.com, a national grocery-anchored real estate platform. “It’s a big deal. There are really only a handful of players who can purchase an asset of that size. It’s a huge commitment for someone to take on.”

Thompson, whose GroceryAnchored.com maintains a database of every single grocery store in the country, says the single-tenant Whole Foods deal has been on the market since June 2018.

“The appeal of the asset was enhanced by COVID-19 for sure,” he says. At a time when grocery stores are experiencing record sales, while other retailers and restaurants are struggling or closing down completely, a stand-alone or single-tenant grocery store, unfettered by the viability of other tenants occupying a shopping center, is a hot commodity.

Amazon’s ownership of Whole Foods makes the grocer an even more desirable tenant. “What are the odds of Amazon going out of business and Whole Foods not being able to pay rent?” says Thompson.

While there have been a handful of more expensive grocery real estate deals, this is one of the most expensive single-tenant grocery transactions on record, adds Thompson. Perhaps second only to the $90 million Children’s Hospital Los Angeles paid for a single-tenant 43,500-square-foot Vons supermarket in August 2018. The store at 4520 Sunset Blvd. near the Los Feliz neighborhood sold for nearly $2,100 per square foot, from parent company Safeway Inc., in Pleasanton, Calif.

Is the pandemic triggering a move by investors to buy single-tenant grocery stores? Is this a harbinger of things to come? Without a crystal ball, Thompson can’t say for sure, “but it could be.”

When it comes to single tenant vs. a full shopping center, prospective buyers are looking under the hood, so to speak, says Thompson. “They’re putting a value on the length and durability of the shopping center’s income.” Given the uncertain fate of many other businesses—particularly restaurants—that occupy a grocer-anchored shopping center, single-tenant deals may be a safer bet.

“The durability for grocery stores has never been stronger, while the durability of other retail space has never been cloudier,” adds Thompson. As a result, among the four types of commercial real estate involving a grocery store (full property; single-tenant net lease; box only, no shop; and shop-only, box not included), single-tenant is highly attractive, while few shop-only, box not included are going to market now.

“To paraphrase, it’s the best of times and the worst of times in grocery,” says Thompson. “The grocery space is doing so well, but the mom-and-pop retail shops [in the same shopping centers], especially restaurants, are suffering."

“Starbucks does 70% of its drive-thru business by 10 a.m. With no one commuting to work, they’re losing all of that business,” Thompson continues. Starbucks recently closed 300 units across the country. “If Starbucks can’t withstand the headwinds, the mom-and-pops certainly can’t,” he says.

Meanwhile, the box has done exceptionally well, says Thompson, pointing to Albertsons, Publix and Ahold Delhaize. As have delivery companies such as Instacart, which is turning a profit for the first time ever.

But it’s not just the Whole Foods-occupied spaces piquing investor interest. Thompson has spoken with several second-tier grocery chains who own some of the stores in their stable. They report being scouted by investors/potential buyers who want to know if they have real estate with which they may be willing to part.