Thomas held his most recent position as SVP of retail operations for Stater Bros. since 2018. In his new role, he will report directly to Stater Bros. President George Frahm as well as become a member of the company’s executive management committee, which evaluates and sets the company’s key strategies. 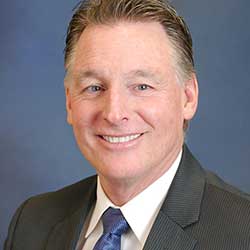 “Keith has consistently demonstrated a passion for the supermarket business in addition to stellar leadership skills,” Frahm said in a statement. “But most importantly, he truly cares about our valued customers and the loyal members of the Stater Bros. ‘family.’ His commitment and dedication will continue to be instrumental to providing our customers the best shopping experience in Southern California.”

With a Bachelor of Science degree in business from the University of Redlands in Redlands, Calif. Thomas is also a graduate of the University of Southern California Food Industry Management Program. He currently serves on the board of directors for the Western Association of Food Chains.

Thomas’ promotion marks the company’s second shake-up to its leadership team within a month, following the promotion of Michael Reed to SVP of real estate and development in December.