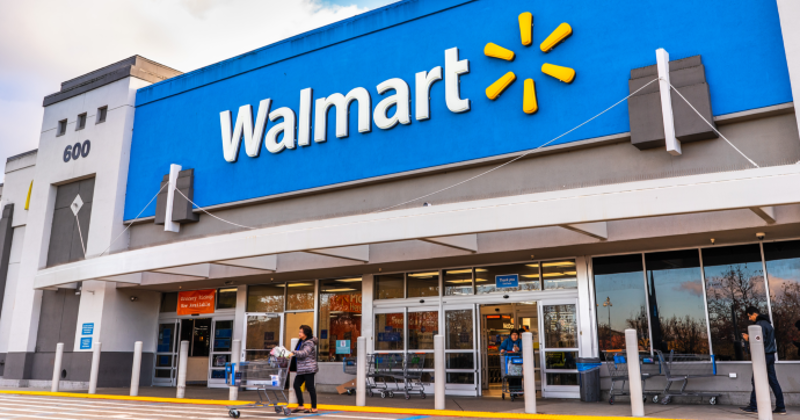 Federal stimulus payments and pent-up demand to “get and out shop” helped Walmart post U.S. comps that were higher than the company or analysts expected in its fiscal first quarter.

For the 13-week quarter ending May 1, the Bentonville, Ark.-based retailer said U.S. sales of $93.2 billion increased by 5%, with 6% U.S. comps behind a 9.5% average basket increase and a 3.2% decline in comparable transactions. U.S. e-commerce sales increased by 37% in the quarter led by growth in store pickup and delivery, and sales on its e-commerce Marketplace. E-commerce made a 360-basis point contribution to its comp sales in the quarter.

In last year’s first quarter, which included a surge in consumable sales related to the onset of the pandemic and a concurrent dip in general merchandise as lockdowns took effect, Walmart posted 10% U.S. comps. This year’s comp figure reflected a low single-digit decline in grocery comps despite “robust” volumes in pickup and delivery, while health and wellness comps increased by mid-single digits and general merchandise comps increased by more than 20%, as much of those sales evaporated in the first weeks of the lockdown last year.

Sam’s Club sales totaled $16.7 billion in the quarter, with comp sales up by 7.2%. International sales totaled $27.3 billion, a decline of 8.3% or 11.4% at constant currency rates, reflecting divestitures.

Adjusted earnings per share of $1.69 beat Wall Street estimates by 48 cents. Revenue and comps were also above analyst expectations—and Walmart’s as well.

“This was a strong quarter. Every segment performed well, and we’re encouraged by traffic and grocery market share trends,” CEO Doug McMillon said in a statement. “Our optimism is higher than it was at the beginning of the year. In the U.S., customers clearly want to get out and shop. We have a strong position as our store environment improves and e-commerce continues to grow.”