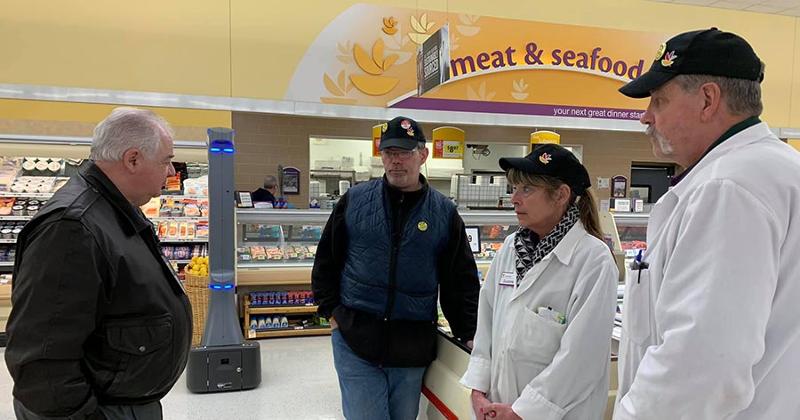 While acknowledging that some progress has been made toward a new contract in recent negotiations, union leaders representing 31,000 Stop & Shop workers in New England are pessimistic about whether the sides will come close enough to avoid a work stoppage.

Five locals of the United Food and Commercial Workers Union representing Stop & Shop employees in Massachusetts, Rhode Island and Connecticut have been negotiating jointly with the Quincy, Mass.-based division of Ahold Delhaize on a deal to replace a contract that expired in February.

Negotiations between Stop & Shop and the UFCW have historically been contentious affairs but have also been settled without work stoppages, despite union threats and the company seeking replacement workers in 2007, 2010 and 2016.

In a video message to workers following a round of negotiations last week, UFCW Local 1445 President Jeff Bollen suggested this time might be different.

“It looks as though this year, you’ll probably get the opportunity to go out and fight them,” Bollen said. “I just don’t think they’re going to have enough on the table when we get to the end of the road in a few weeks. I still believe they’re going to demand some kind of givebacks and concessions and, with that, we will be going out.”

Asked to comment on Bollen’s “end of the road” remark, Jen Brogan, a Stop & Shop spokesperson, confirmed there was no finite cap on a window in which to negotiate. “We’re continuing to negotiate in good faith and hope to reach fair new agreements as soon as possible,” she said.

More talks are scheduled next week, according to reports.

The primary issue in negotiations are healthcare costs. Stop & Shop said it is seeking to “modernize” its benefits package and adapt to market conditions—namely, sharp increases in the cost of healthcare that have outpaced subsequent changes in its union contracts.

The UFCW is characterizing those demands as “givebacks and concessions” that would increase out-of-pocket expenses for workers. 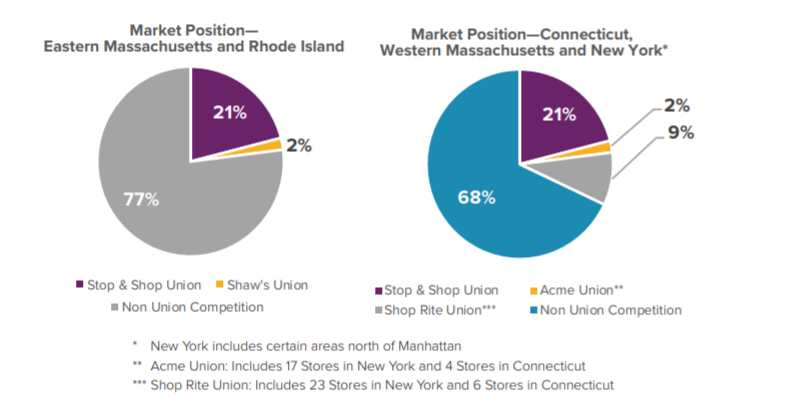 Mark Espinosa, president of UFCW Local 919, in an interview said Stop & Shop—in a change from previous negotiations—was bargaining the design of its health and welfare plans with the union instead of just the costs, and that has made issues such as wages and other work conditions secondary. “We feel our position has been rather mild, while theirs has been drastic,” Espinosa said.

Stop & Shop maintains it has not raised deductibles for individual coverage since 2007 despite a sharp increase in costs. On a website devoted to labor negotiations, it said its proposals to increase employee contributions “simply keeps pace with healthcare changes our competitors made years ago.”

Stop & Shop said it was also proposing pay raises and a continuation of premium pay for Sundays and holidays for full-time workers and “competitive pay” for part-timers. This is causing friction with the union, which is demanding the same opportunities and pay for all workers.

The negotiations are also coming as Stop & Shop begins a multiyear plan to refresh its brand behind $2 billion in new investment, resulting in a mixed reaction from union workers, concerned that moves toward automation and technology that are a part of those changes could ultimately cost jobs over the long term. A market decline in union-staffed competitors is also forcing Stop & Shop to adjust, the retailer said.

“Now, our biggest New England competitors—national giants like Walmart, Whole Foods/Amazon, Costco and Aldi, as well as strong regional chains like Market Basket and Big Y—are large, heavily funded nonunion stores that enjoy both much lower labor costs and access to low prices and great locations,” the retailer said. All told, the nonunion companies control as much as 77% of the region’s market share, it said.

In negotiations last week, union leaders said Stop & Shop made “some progress” in its proposals, including a reduction in initial demands for worker contributions to healthcare and an increase in company contributions for safety shoes for workers that require them, but the sides remain “far apart,” according to Bollen.