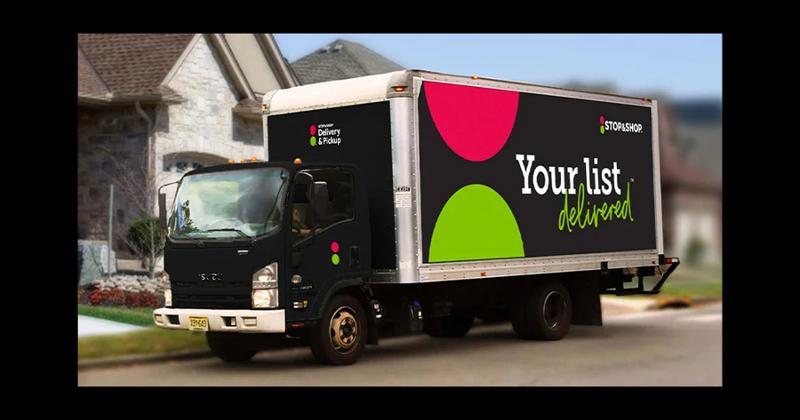 Stop & Shop is rolling out a new online experience that will reflect completion of behind-the-scenes efforts to unite its store network with its e-commerce tools and beef up its personalization capabilities.

The changes coming to Stop & Shop include a phasing out of the Peapod brand name and URL; a revamped loyalty rewards program, to be known as Go Rewards; alignment of digital coupons and pricing; an updated mobile app; and a new coat of paint on its fleet of delivery trucks, WGB has learned.

The Quincy, Mass.-based banner, Ahold Delhaize USA’s largest brand with 415 stores in Connecticut, Massachusetts, New Jersey, New York and Rhode Island, has not made a formal announcement of those changes as yet, but has been informing customers in advertisements, and on the Stop & Shop and Peapod websites, that those changes are to come shortly. Some elements of the new branding, such as the “Pickup & Delivery” name that will replace Peapod, the mobile app and the Go points program, have been seeping out gradually for months. These announcements inform consumers they can expect some downtime on the web and other digital properties as the transition is completed.

The changes—which officials hope will enable deeper one-to-one relationships with customers by migrating them to digital marketing and support an ongoing rebranding of the Stop & Shop banner—will phase out the final consumer-facing activation of Peapod, the venerable e-commerce brand Ahold acquired at the tail end of the first e-commerce boom. The retailer had co-branded its e-commerce through Peapod in places where it operated stores for nearly 20 years but they were parallel but not integrated businesses and brands that never completely aligned with one another. Last year, Ahold Delhaize’s Giant Co. and Giant Food brands each established separate local identities and integrated systems similar to those now being completed at Stop & Shop.

In February of this year, Ahold Delhaize shut down its Chicago-based Peapod.com business, where it operated for more than 30 years as a “pure-play” online grocer, eschewing nearly $100 million of the company’s $1.1 billion in annual online sales. The timing of that cut, in retrospect, may not have been ideal as e-commerce grocery has since boomed nationwide as a result of the coronavirus crisis striking only weeks later. Ahold Delhaize officials said then, however, that they believed e-commerce would succeed only in combination with local stores, and they maintained pre-COVID ambitions to grow online sales by 30% this year even without that part of the business.

The fleet of green Peapod by Stop & Shop delivery trucks—a familiar sight on neighborhood streets from Boston to New Jersey—are to be refashioned in black with Stop & Shop’s new “stoplight” logo and the Pickup & Delivery branding.

The Go Rewards program expands an existing points-based reward scheme providing gasoline discounts at participating dealers with points that now are also redeemable for discounts on grocery purchases. Shoppers can earn points through offers delivered via the app online and in stores, Stop & Shop said. The points scheme provides shoppers with $1 off at the register for every 100 points earned, up to a maximum 2,000 points per redemption, or $20 off. Points are valid for 30 days.

Stop & Shop said some elements of the current Peapod experience, such as saved recipes and shopping lists, will not port over to the new online properties and so the company is encouraging shoppers to print and save those they want to keep. They will have the opportunity to build them again on the revamped apps.