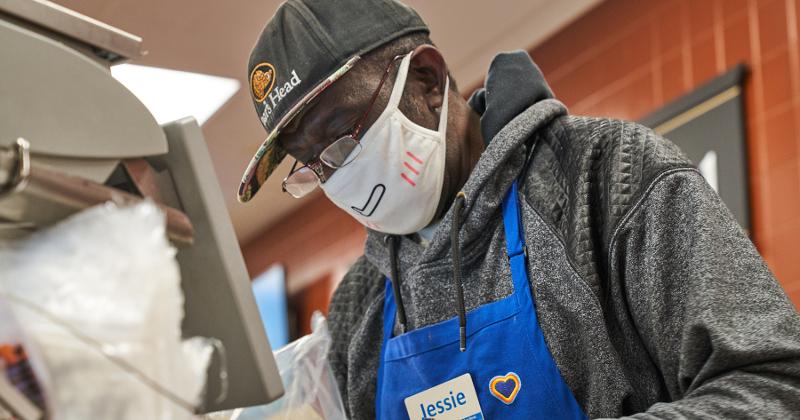 Kroger, which fared better than expected while lapping explosive first-quarter sales growth and the beginnings of a return to “normal” shopping patterns, sounded a cautiously optimistic tone for the remainder of the year while emphasizing that its business is well ahead of its pre-COVID trajectory.

Officials reviewing quarterly financial results in a conference call with analysts said they anticipated encountering some softness in the food-at-home trend as the COVID recovery continues but that comp declines would be slightly less than they had anticipated three months ago.

That’s due in part to food inflation that is increasing but not expected to be unmanageable; a return to more frequent shopping trips; anticipated benefits from larger holiday gatherings like the upcoming July 4; and continued strength of some trends that arrived along with the pandemic last year including online shopping, home cooking and a tendency among shoppers to “trade up” and buy more fresh foods. That indicated to officials that Kroger was executing on its recently announced strategy. Its stock was up by nearly 5% following the June 17 results announcement.

“Our customers are in a time of transition. During the quarter, we began to see some pre-pandemic habits resume. For example, smaller holiday gatherings are likely to fade as more than half of our shoppers believe holidays will return to normal by the Fourth of July,” CEO Rodney McMullen said, according to a Sentieo transcript. “We are also seeing customers shop more frequently as COVID restrictions ease. Importantly, we saw a continuation of several pandemic trends. This includes heightened digital engagement across demographics; expanded consumption in key fresh areas like meat, produce and natural foods; and trading up to more premium products.

“New trends are emerging, as well, as customers settle into new routines,” he added. “In a recent survey of our customers, a remarkable 92% of the people say they enjoy cooking the same or more than they did pre-COVID. And as people's busy social lives pick up, more customers are looking for convenience in cooking options.”

Restated guidance calling for comp declines in the current year to be less severe than anticipated still reflect an expectation that grocery would lose some share of stomach as the country reopens, CFO Gary Millerchip said.

“We still believe within our overall plan that we're going to continue to execute at a high level and continue to grow our share of the food at home business over time. What we think will happen is there will be some softening in food at home trends as we go through the year as the market continues to reopen. And of course, I think everybody is seeing some benefit right now of government stimulus dollars in the market, and it's hard to predict how that will change over time as well,” he said.

Gross margin as a percent of sales in the quarter were down from a year ago but trending well as compared to the same period in 2019, which officials said related to benefits in sourcing and accelerating alternative profits, primarily growth in high-margin revenue from digital ad sales. This is helping to fund price investments. Increased private brand sales and a mix shift toward high-end products and fresh foods is also helping the margin line.

Inflation could also play a role, particularly if it settles in the 3% to 4% range that officials seemed to guide to. Although there has been much chatter about costs rising more dramatically than that, Millerchip said first-quarter inflation was at the low end of its 1% to 2% expectations, though has moved higher since.

The newly opened Ocado facilities that launched a branded delivery service in Ohio and in Florida during the quarter were receiving net promoter scores McMullen described as “among the highest in the digital retail.”