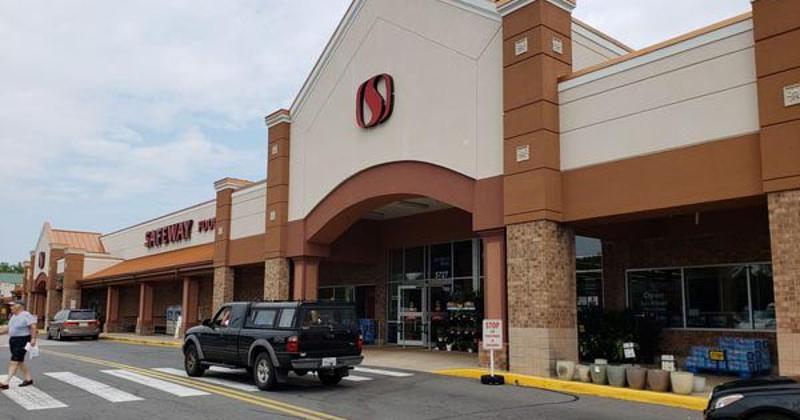 Vivek Sankaran reported this week to a new job many observers might consider to be the most difficult in all of food retail.

As the new president and CEO of Albertsons Cos., Sankaran inherits a company with some strong retail brands and modest sales momentum but also a long list of areas in need of improvement and/or further development, including store environments and e-commerce. Add to that a heavy debt load, private owners that have been unable to find an exit strategy, and a sense that for all its behind-the-scenes progress Albertsons still isn’t moving nearly fast enough to keep up with the competition, and it’s easy to see this job isn’t for everyone.

From Albertsons’ point of view, however, Sankaran may be the one.

“It’s a credit to Vivek, but I think he took the job because of the challenge it presents,” Dave Rader, a former colleague of Sankaran’s at PepsiCo’s Frito-Lay division, said in an interview this week. “I think he saw this as a real opportunity to make a difference in a business that really needs change, and is something that he personally would like to go do and measure himself in a different environment. He is not someone who doesn’t want to take on big challenges.” 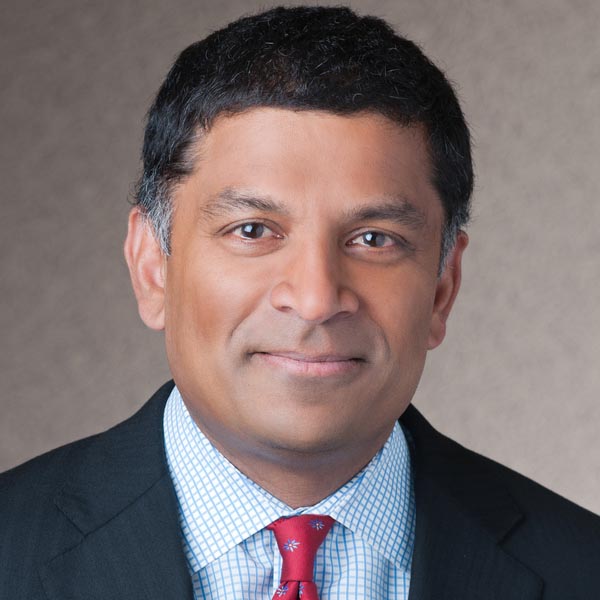 Sankaran, 56, comes to Boise after several years as president and chief operating officer of Frito-Lay, known formally as PepsiCo Foods North America. He joined Pepsi in 2009 after 14 years as a consultant for McKinsey & Co. Sankaran holds a degree in mechanical engineering from the Indian Institute of Technology Madras in Chennai, India; a master's degree in industrial engineering from Georgia Tech, and an MBA from the University of Michigan.

At PepsiCo, Sankaran impressed his colleagues by not only learning the intricacies of the food business but also by improving its momentum amid unprecedented disruption.

“When PepsiCo puts someone new in front of Frito-Lay, the biggest fear is are they going to do something that will hurt Frito-Lay instead of making it better? Vivek was certainly a guy who made things better, accelerating an already strong performance,” said Rader, a former Frito Lay CFO and current chairman of the Pepsi-backed joint venture Sabra Dipping Co., where he continued to work with Sankaran.

“He’s a guy who came from consulting, and he became an operator, and not everyone can do that,” he added. “Frito-Lay is an operating company. There are 18,000 front-line salespeople and 30-plus plants and tremendous logistics issues required to get a fresh potato into a potato chip bag and get it to the supermarket in time for consumers to buy it fresh.”

Aspects like these have been cited by Albertsons officials in selecting Sankaran as a successor to Jim Donald. His background in growing business through innovation and technology is a match for Albertsons’ needs, Donald acknowledged, but so too is what Donald described as Sankaran’s understanding that the “front line is directly linked to the bottom line.”

That Albertsons is the nation’s second-largest grocer today is something of a remarkable achievement given its convoluted history and lumpy assembly, and that it has any momentum at all is a credit to the diligence of the veteran managers Sankaran is succeeding.

The current iteration had its origins as the unit backed by Cerberus Capital Management, Kimco Realty and other real-estate investors that took on the unwanted assets of predecessor Albertsons Inc. when that company broke up in 2006, presumably to profit off their wind-down. But that group, led by Albertsons Inc. veteran Bob Miller, outlasted the so-called American Stores “crown jewels” sold to Supervalu in the same deal, and eventually reunited them when Supervalu sold in distress in 2013.

Additional acquisitions (United Supermarkets, stores from the Haggen and A&P bankruptcies, and the Safeway megadeal of 2015) swelled Albertsons Cos. to the 2,269-store, 20-banner, $60.5 billion company it is today. But as it grew, several concurrent attempts by Cerberus to exit onto the public markets failed, in part because of high debt associated with acquisitions, but also because market value perceptions were radically reset when Amazon acquired Whole Foods in 2017. Thirteen years is about three lifetimes for the typical private-equity backed retail chain, and officials this week acknowledged they are still seeking an eventual exit.

“They have taken a lot of dings for the failed IPOs, and depending on which banner you talk to, you get a different reaction to how things are faring for them,” said Jean Forney, managing partner of Samuel J.  Associates, a Delray Beach, Fla.-based supermarket executive recruiter.

This inconsistency from store to store and division to division is one challenge Sankaran will need to overcome, Forney believes.

“This is not a ding on the current leadership, but when you think of Safeway and Albertsons, you think these are very conventional brands,” Forney said. “Some of the pictures I’ve seen of Albertsons newest stores are just beautiful, but they’re not representative of most of their brands. Most of the company is Acme: They live in the middle.”

“Right off the bat, Albertsons/Safeway has to move faster to adapt to the changing environment,” she said in an interview. “As I look at the big three grocers, we definitely see more movement from Kroger and Ahold Delhaize as they try to bring themselves up to par with what shoppers want now. I think it’s safe to say that all three of them had been complacent and need to play catchup, but Albertsons needs more catching up than the other two.”

Sankaran needs to find a fast and dramatic fix for many Albertsons stores, Forney said. Southeastern Grocers’ Fresco Y Mas initiative, which brought double-digit comp growth to faltering conventional stores by focusing them on ethnic shoppers, is one such example, she said. “They need that kind of differentiation in the Safeway and Albertsons brands,” she said. “They're safe, they’re reliable, but there’s nothing special about the experience.”

Modernizing the technical backbone at Albertsons has been a recent focus of Donald and Miller, but that too is still in nascent stages and inconsistent through the portfolio, noted Neil Stern, senior partner of the Chicago consultancy McMillanDoolittle.

“Jim Donald did a good job in getting Albertsons pointed in the right direction, but the long-term challenges remain,” Stern said in an interview. “Most of the things that you think progressive companies are talking about, Albertsons is doing in pieces. They have e-commerce and click and collect. They’ve done private label development, they have Plated and meal solutions. What they still have to do is put all those pieces together in a compelling way.”

The answer to finding an exit for Cerberus lies not in engineered transactions—as contemplated but later abandoned with Rite Aid—but in “producing good solid numbers, and then making a case for how you are going to continue to grow,” Stern said.

A top executive with a background in CPG at PepsiCo making an impact in food retail is not without institutional precedent, observers note, pointing to Brian Cornell’s influential stint as Safeway’s chief marketing officer. Cornell, who today is Target’s CEO, in 2004 led Safeway’s chainwide store branding initiative and was a pioneering developer of elevated private brands such as O Organics, today a $1 billion brand for the group.

“It’s not clear that Albertsons, Safeway or Cerberus’ problems are related to branding issues that somebody from a CPG company could fix, but there are maybe some executive skills, fusion skills and other dynamics [Sankaran] possesses that others might not,” said Jose Tamez, managing partner with Austin-Michael, an executive recruiting firm based in Lakewood, Col.

Tamez said that finding the appropriate level of investment capital could lead to hard decisions on asset sales from the once-acquisitive group. “Without question,” he remarked, “this is going to be one of the hardest jobs in the industry.”

Forney said she believes that Sankaran’s CPG experience amid the recent digital upheaval could prove valuable.

“There is a lot of talent at Albertsons, but I think they need to continue their initiatives to bring in more diversity, and leaders that have a different way of looking at things,” she said. “What strikes me as different today than 15 years ago is that CPG has had to be even more nimble than retail given the challenges they face from e-commerce. They’ve needed to be able to shift faster and know what appeals to be people in terms of brand loyalty. And coming onto our industry today that’s really important.”