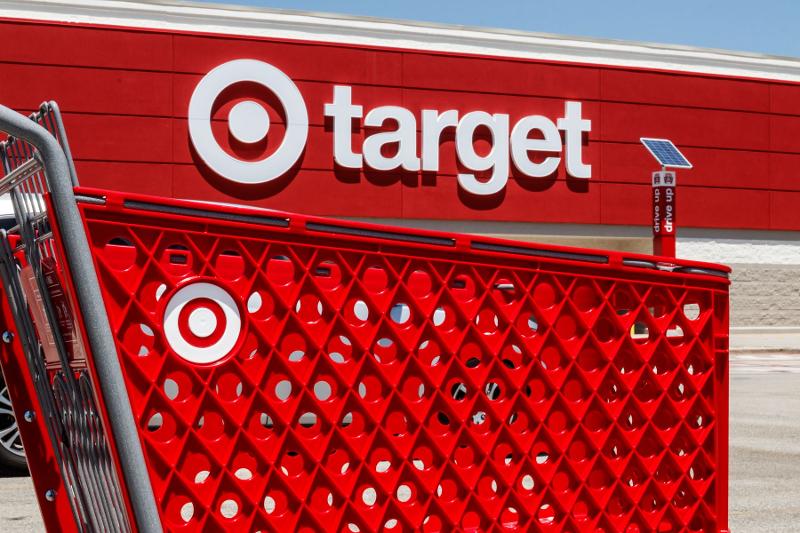 A challenging third quarter prompted Target to lower its financial forecast for the rest of the year. / Photo: Shutterstock

Citing an “increasingly challenging environment,” Target Corporation on Wednesday lowered its financial forecast for the fourth quarter and launched a broad money-saving initiative.

Target’s same-store sales increased 2.7% during the quarter ended Oct. 29, but that was driven by a 1.3% increase in average ticket due to higher prices, along with a 1.4% bump in traffic.

Food and beverage, however, continued to perform well, with low double-digit growth. The Minneapolis-based retailer cited it, as well as beauty and household essentials, for boosting shopper frequency in those categories, partially offsetting the downturn in Target’s discretionary segments. Food and beverage gained both dollar and unit share throughout the quarter, the company said.

Target’s third quarter started out well, with about 3% same-store sales growth, but softened to less than 1% growth as the period continued as “sales and profit trends softened meaningfully” during the latter weeks of the period. Shoppers were walloped by inflation, rising interest rates and economic uncertainty, CEO Brian Cornell said.

“The circumstances we are facing are difficult and not what anyone would wish for,” Cornell told investors early Wednesday.

Target lowered its fourth-quarter financial forecast, warning that it could report a “low-single digit decline” in comparable sales, along with an operating margin rate around 3%.

For the third quarter, the company’s operating income margin was 3.9%, down significantly from 7.8% in 2021. Target said the number “fell far short of expectations.” Gross margin rate was 24.7%, compared to 28% last year.

Target reported operating income of $1 billion for the third quarter, down more than 49% from the same period a year ago.

A number of factors combined to create a rough third quarter for Target.

First, the retailer said it was caught off guard by the number of shoppers purchasing sale items, impacting gross margins. It was also hit by product shortages running hundreds of millions of dollars higher than last year. Plus, the company has seen a major increase in theft and organized retail crime, leading it to invest in training and improved theft-prevention technology, it said.

Given the challenging quarter, Target said it is now embarking on a cost-saving initiative to “simplify and gain efficiencies” across its business over the next three years, with the potential to save between $2 billion and $3 billion during the period.

Cornell emphasized the efficiency-boosting program is not about “slashing resources” and instead is focused on best leveraging the scale growth Target has seen since 2019 to best position the retailer for the future by improving processes and simplifying operations.