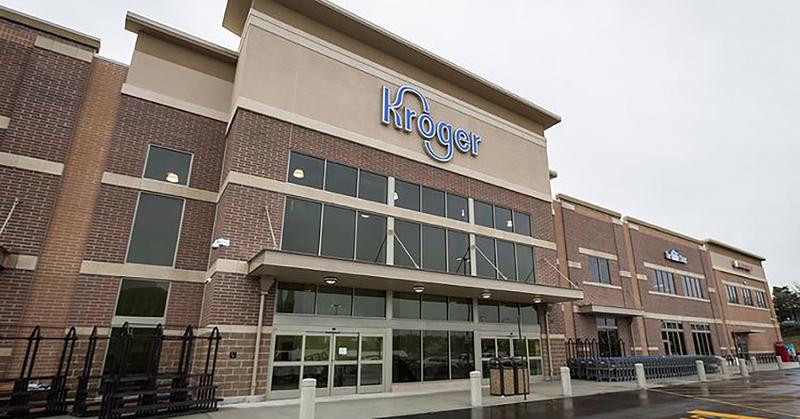 A tax benefit of about $400 million will help The Kroger Co. accelerate investments in its ongoing Restock initiative, officials from the company said on Thursday, although it won’t necessary speed its intended results.

That news, along with a tepid 2018 profit forecast, apparently awoke the bears, who sent stock in the big grocer down by nearly 12% by midday despite reporting financial results for the fourth quarter and fiscal year that were largely in line with revised estimates. Kroger was also the second retailer in as many days to be punished by Wall Street after revealing it would share a chunk of its tax benefit with workers: Dollar Tree stock had a similar dive Wednesday after it said it would use a portion of its tax benefits to improve wages, as reported earlier this week.

Kroger in October announced details of a three-year, $900 million Restock Kroger initiative that aims to reset the company to adapt to changes in the consumer mindset alongside investments in worker wages and training, customer experience, technology, pricing and sustainability.

Officials on Thursday said the $400 million freed up as a result of federal tax rate reduction allowed the company to make some investments sooner than it initially planned to make them. About one-third of that total, or $133 million, will go toward improved wages and benefits for workers, and another third will be devoted to stores, CFO Mike Schlotman said, while the remainder will be applied to the bottom line.

The worker benefits will be focused primary on starting wages and wage progression for new workers, said Schlotman, predicting the move will have a greater long-term benefit for retention and morale for Kroger than distributing a bonus, as Walmart has said it would do with a portion of its benefit.

“We are looking at ways to differentiate our associate experience, with the underlying philosophy that we want to provide more than a one-time award; we want to make investments in our associates’ future,” CEO Rodney McMullen said in prepared remarks. “As an example of this, we’re doing a lot of work right now to develop an industry-leading education offering for associates. Kroger has always been a place where people can come for a job and stay for a career.”

Kroger said it expected relatively modest profits in 2018 as the investments take root, saying it expects nonfuel identical supermarket sales to range from 1.5% to 2.0%, with earnings per share in the range of $1.95 to $2.15. That range was lower than some estimates hoping for earnings as high as $2.40 per share and would indicate expenses associated with the Restock would continue to weigh on results, while profits and margins could struggle amid price competition despite the investments.

Identical-store sales, excluding fuel, improved by 1.5%, but gross margins as a percent of sales fell by 31 basis points to 21.9%.

McMullen highlighted an “extraordinary” year for private brands, which generated sales of $20.9 billion in the fiscal year. In the quarter, private brands accounted for nearly one-third, or 29.5%, of unit sales and 26% of sales dollars, excluding fuel and pharmacy.