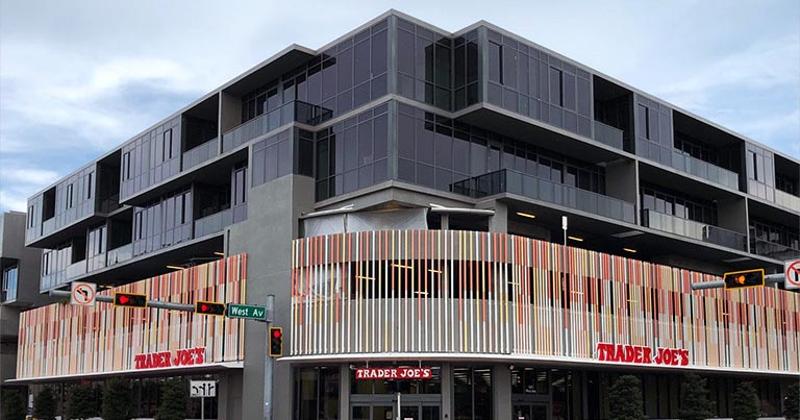 Is your grocery operation having fun? Trader Joe’s is, and it just might be a key ingredient to the Monrovia, Calif.-based retailer’s success.

The team at Trader Joe’s genuinely seems to love what they do, which is evident in the retailer’s latest podcast (Episode 17), live from New York City during its Annual Captains’ Meeting.

At the gathering, designed to inform and enthuse its management team of brand ambassadors, Trader Joe’s provides an inside look at its latest and greatest.

“One of the most important aspects of this gathering every year … is to look at, and think of what’s new,” said Matt Sloan, Trader Joe’s VP of marketing. “It’s really about two parts of our merchandising group: product development vs. product innovation. Product development is really about bringing things in that we know we want to have in the store that we think will really sell well, and customers will be excited about."

“Product innovation is a really interesting spot,” continued Sloan. “It’s about finding those things that we never knew were out there that we now can’t live without.”

Topping that list for many Trader Joe’s shoppers: Trader Joe’s Cinnamon Bun Spread, Everything But the Bagel Sesame Seasoning Blend, Cauliflower Gnocchi and much more.

“From an excitement perspective, [the] product innovation category really tends to be the one that excites people, right? It’s, ‘Oh, I’ve never heard of that,' or 'That’s so weird. I don’t know if people are going to buy that?’ And then it flies off the shelf—because cauliflower, right?” said Tara Miller, marketing director.

“Or, it doesn’t,” said Sloan. “I mean, product innovation is riskier, certainly. And that’s OK. We want things to be interesting. And we know that vanilla ice cream will likely always be the best-selling thing, but an ube purple sweet potato ice cream bought in the right way—limited, a certain fixed amount—that could be really fun and interesting, and that’s that balancing act between the two.”

During Trader Joe’s Episode 17 podcast, a lightning round of new product introductions were heard from VPs of Merchandising Lori Latta, Marcy Kopelman and Colin Fields.

Lotta presented Trader Joe’s Chocolate Lava Gnocci, which she says was inspired by a similar product offered by London-based Harrods. Originally designed as a dessert, Lotta sees legs for this sweet-meets-sassy creation as a main course. She also featured Kung Pao Chicken Mochi Balls, which the team discovered in Japan.

Kopelman introduced Trader Joe’s answer to the Impossible Burger or Beyond Meat. “We’re going after a meat-eating customer,” she said, as the Trader Joe’s patty seeks to emulate the smell, texture and taste of meat.

What separates Trader Joe’s patty from the rest? Kopelman says, it doesn’t “bleed” like other examples, and it’s priced at about a dollar less than the competition at $4.99 a package.

On the non-human front, Trader Joe’s, which introduced an advent calendar for dogs last year, is now offering something for the feline-friendly set: a salmon and seaweed creation.