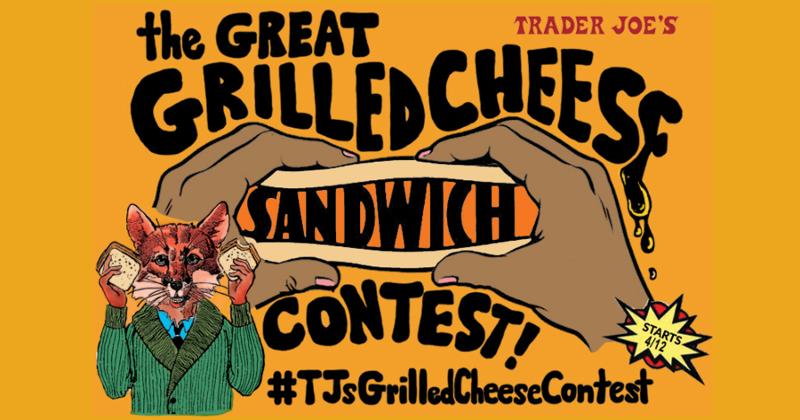 In episode 36 of Trader Joe’s latest podcast titled, “As the Cheese Melts,” the Monrovia, Calif.-based retailer's marketing team tackles the savory subject of grilled cheese and the grocer’s launch of an Instagram contest devoted to the sandwich that kicks off National Grilled Cheese Day on April 12.

The latest podcast, which tees up the contest, features Miller and fellow marketing team member Matt Sloan providing tips on everything from melting to bread choice to added fat to make a sensational sandwich. The duo also taps Kim, Trader Joe's category manager for cheese and “resident expert on the melting of cheese,” for additional recommendations.

“When you melt the cheese, it not only changes the texture of the cheese, but the flavor of the cheese just amplifies. Why is that?” Miller asks Sloan. “There’s a little bit of chemical reaction,” he said. “The Maillard reaction really has more to do with proteins, amino acids and how those change with heat. And that’s where the flavor changes. I think anything probably tastes more of itself in the full expression at a warmer temperature than it does at a colder temperature.

“I think of our painter, the instructor Bob Ross, who taught us how to paint little happy trees. And I love when he said, ‘We don't have any mistakes, we just have happy little accidents.’ And when you're making a grilled cheese and a little bit of cheese kind of comes out of the bread and starts to kind of [get] crispy, crunchy, that's my favorite part of a grilled cheese sandwich,” Sloan continued.

Kim’s recommendations include opting for a younger cheese, which in general, tend to melt better. “Sticking with cheeses that have aged under 12 months is probably a good guideline,” said Kim, who points to a mild cheddar like Trader Joe’s Unexpected Cheddar, which is typically aged between 10 and 12 months. Other suggestions include cheeses with a higher moisture content like mozzarella, cream cheese or Trader Joe’s Monterey Jack.

With plant-based alternatives surging in popularity, Trader Joe’s is welcoming vegan entries in the contest as well.

“This is really actually a huge growth area of the cheese business right now,” said Kim. “I say cheese alternative because there are still soy-based cheeses. Soy-based cheeses often do have casein in them, which does contain dairy. And I think a lot of customers who eat soy are acquainted with that and understand that’s an ingredient that is almost always in soy-based cheeses. “

Trader Joe’s is launching four new vegan cheeses this year that are coconut oil-based. The plant-based cheeses include a Vegan Parmesan Style Shred and a Vegan Feta Style Cheese. Both items are expected to hit shelves this summer. Additionally, Trader Joe’s is introducing an updated plant-based cream cheese as well as an American-style coconut-based slice “that melts in a grilled cheese sandwich the way a typical slice of our Organic American would melt,” she said.