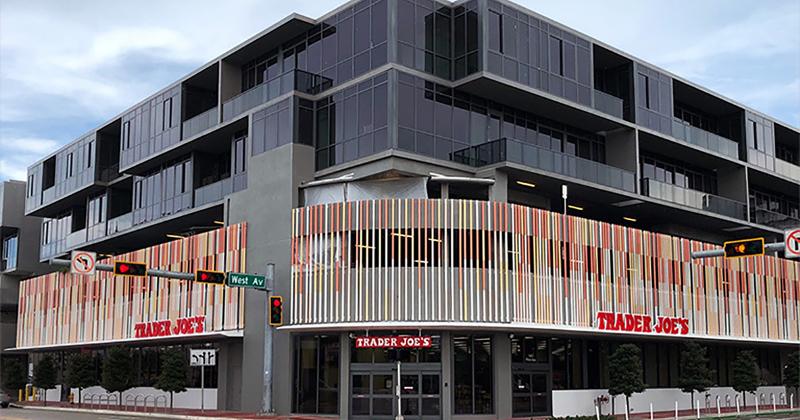 When a community learns Trader Joe’s is coming to town, the excitement is palpable, with local headlines exclaiming, “Finally”and “It’s Official.” Often the fervor begins even before the deal is inked.

Residents of Fort Wayne, Ind., who started the “Fort Wayne Wants a Trader Joe’s” Facebook page are about to see their fantasies of Trader Joe’s Mandarin Orange Chicken and Cauliflower Gnocchi become a reality in the neighborhood. Trader Joe’s will make its foray into Fort Wayne with a new location at 4110 W. Jefferson Blvd., which its website says is “coming soon.”

The new store at the Jefferson Pointe shopping center is one of four new stores slated to open any day now. WGB reached out to Trader Joe’s for specific opening dates and times, but as of press time, the Monrovia, Calif.-based grocer had yet to confirm.

Three additional stores in Freehold, N.J.; Milpitas, Calif.; and Richmond, Va., have also been announced as “coming soon” by the company.

The Freehold location at 4331 U.S. 9 #3, Pond Road Plaza, was formerly occupied by a Walgreens. The next closest Trader Joe’s is some 15 miles away in Shrewsbury, N.J. In Milpitas, Trader Joe’s will occupy a residential mixed-use building at 1306 Great Mall Parkway. And in Richmond, the grocer is taking over a 14,700-square-foot space at 3000 Stony Point Road that used to house a Martin’s Food and Drugstore.

Each newly anticipated location features a trademark description on the Trader Joe’s website, with a different city name. “At Trader Joe’s Milpitas (229), we see ourselves as your local neighborhood grocery store. …We are a good source for great cheese, beer, wine and liquor, and we offer a vibrant selection of fresh flowers daily. Most importantly, we offer all of our delicious, quality products at the very best prices.”

Trader Joe’s also invites consumers to “Request a TJ’s in My City” through a form on its website. While the company says, “there are no guarantees, but being wanted matters to us,” a would-be shopper can dream.