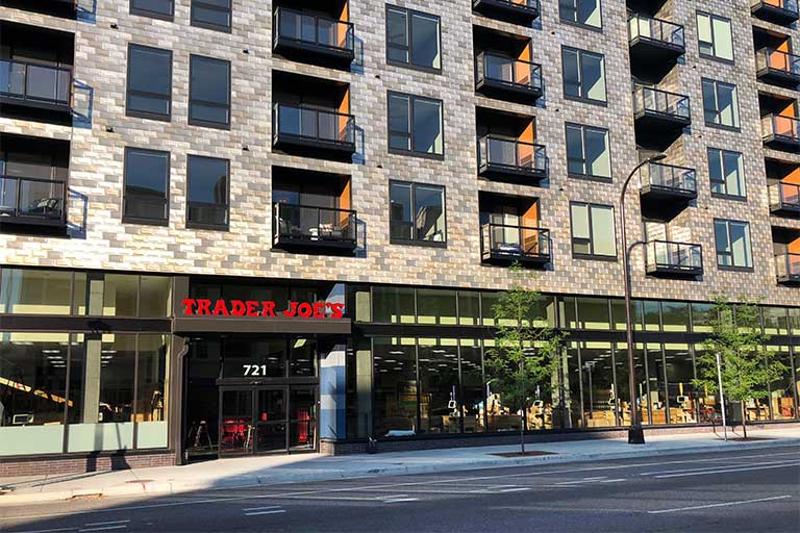 Workers at a downtown Minneapolis Trader Joe's store on Friday voted in favor of unionization, becoming the grocery chain's second store to do so in as many weeks.

Minneapolis workers voted 55-5 in favor of joining the independent Trader Joe's United union. They'll join the employees at a Hadley, Massachusetts, Trader Joe's, who voted to join the union late last month, in a 45-31 vote.

A Trader Joe's in Boulder has also taken the initial steps to form a union.

Sarah Beth Ryther, a Minneapolis Trader Joe's worker and union organizer told HuffPost ahead of the vote that employees were feeling good about growing their movement company-wide. Trader Joe's has more than 500 stores in 42 states.

A Trader Joe's spokesperson did not immediately respond to a WGB request to comment on the Minneapolis union vote. Following the Hadley store's vote to unionize, though, a spokesperson said the grocer would "immediately begin discussions with union representatives for the employees at this store to negotiate a contract."

“We are willing to use any current union contract for a multi-state grocery company with stores in the area, selected by the union representatives, as a template to negotiate a new structure for the employees in this store; including pay, retirement, healthcare, and working conditions such as scheduling and job flexibility," the spokesperson said at the time.

Like workers at the Hadley Trader Joe's, employees at the downtown Minneapolis market said they have not been happy with the current pay and benefits at the company. Nor are they pleased with what they say are a lack of raises, slashed retirement contributions, and minimal safety protections, such as de-escalation training, as well as basic technology to improve safety.

Union organizers have previously said they hope the labor movement at the chain will return the grocer to its core values, one of which is integrity.

“We now begin the difficult work of sitting down at the negotiating table as equals with our employer, and securing a contract that will benefit and protect us, the crew, instead of the company’s bottom line," Trader Joe's United said following the Hadley vote. “Our contract will not just benefit us. We believe that our union, by improving our store and every store across the country, will strengthen Trader Joe’s as a whole ..."

Unionization has swept the retail and foodservice sectors in recent months as pandemic-weary workers press for better pay and benefits, along with improved working conditions.

The pro-union vote adds Trader Joe’s to a growing list of other companies such as Starbucks, REI and Apple that have had workers vote to unionize for the first time in the last year.

Unionization has spread quickly at Starbucks, growing to more than 220 stores in less than a year.