C.H. Robinson, a third-party logistics firm, announced that Zechmeister would be joining the company in the CFO role effective Sept. 3.

Providence, R.I.-based UNFI said it will launch a search for Zechmeister’s successor and has meanwhile appointed John Howard as interim CFO.

Howard joined UNFI in July as SVP of finance and accounting.

"I thank Mike for his contributions to UNFI over the past four years of significant growth and change. In the near term, we’re fortunate to have John’s experience and financial acumen available to our board, leadership team and finance organization,” UNFI Chairman and CEO Steven Spinner said in a release. “John will help continue our efforts to align and build a world-class finance organization, focusing on financial planning data, systems and processes to drive and achieve our strategic business objectives.” 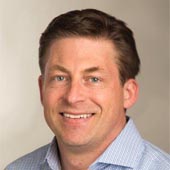 Zechmeister was UNFI’s CFO since October 2015, overseeing finance as the company made a number of strategic acquisitions to bolster its assortment to retail customers topped off by last year’s Supervalu merger. Before UNFI, he worked at General Mills for 25 years, including stints as its VP of finance and treasurer.

C.H. Robinson, like General Mills, is based in Minneapolis.

“I am thrilled to join C.H. Robinson at this time of significant opportunity,” Zechmeister said in a release. “Robinson is an industry leader with a strong financial position, great culture and powerful platform for growth. I look forward to further developing the strong finance organization and working with [CEO] Bob [Biesterfeld] and the leadership team to lead the company into its next phase of growth.”