Characterizing its merger with Supervalu as an opportunity to “transform the world of food,” United Natural Foods Inc. (UNFI) has unveiled a new mission, a new logo and a new corporate slogan.

The logo and new slogan, "Better Food. Better Future," arrived on social media channels this week ahead of an investor conference scheduled for next week, during which UNFI officials have said they would further detail a new strategic plan for the integrating companies.

Providence, R.I.-based UNFI acquired Supervalu, its larger rival, this summer in a $2.9 billion deal combining the largest U.S. natural/organic and conventional retail food distributors. The merger bets that superior scale and selection will win business from both suppliers and retail customers over the long run. 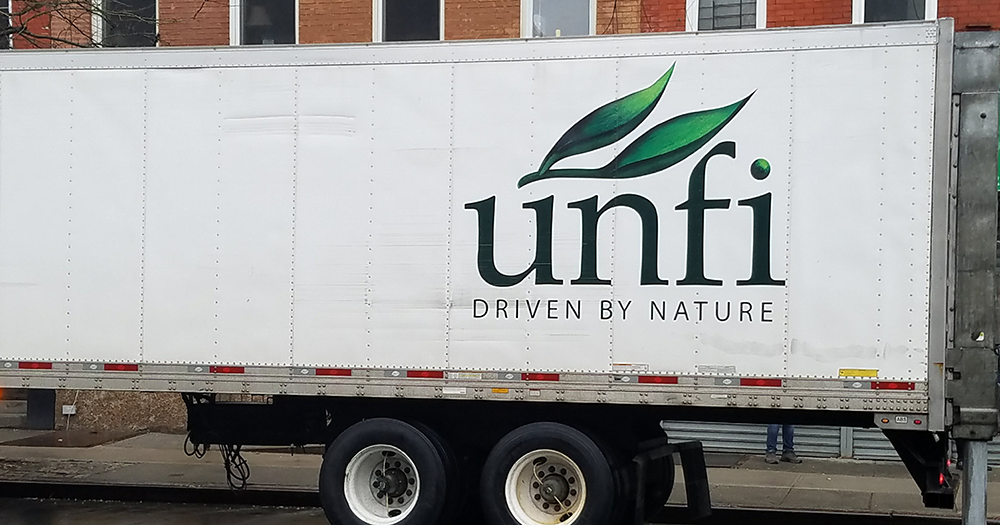 The new logo is a stylized update on UNFI’s previous identity that appears to illustrate the coming together of its component companies. "UN” appears in arched lowercase letters as in UNFI’s previous logo, and “FI” are in capital letters, as Supervalu has long rendered its branding. The right side of the “U” incorporates the shape of a green leaf that previously resided on top of the old logo.

“Our branding has evolved to reflect where we are now, and where we’re heading—to meet the more diverse needs of our customers in this ever-changing industry,” the company said on its website.

An accompanying video discussed “what we believe,” concluding that its offering, people and products provide UNFI a mission to “transform the world of food.”

“With deeper full-store selection and compelling brands for every aisle, built on an unmatched heritage in great food and fresh thinking. And smarter food solutions, from fulfillment to insights and beyond, that helps entrepreneurs and major brands alike unlock their full potential and transform their businesses—for the better.”

Framing its mission optimistically and for the long term matches UNFI’s move earlier this month to cease trading on the relatively short horizoned Nasdaq stock exchange and move to the New York Stock Exchange, typically associated with long-term holdings. It faces a skeptical market that has seen its stock down by around 75% over the past year.

Grocery Trends for 2020: A Year of Innovation

The Food Disadvantage of Being an Only Child