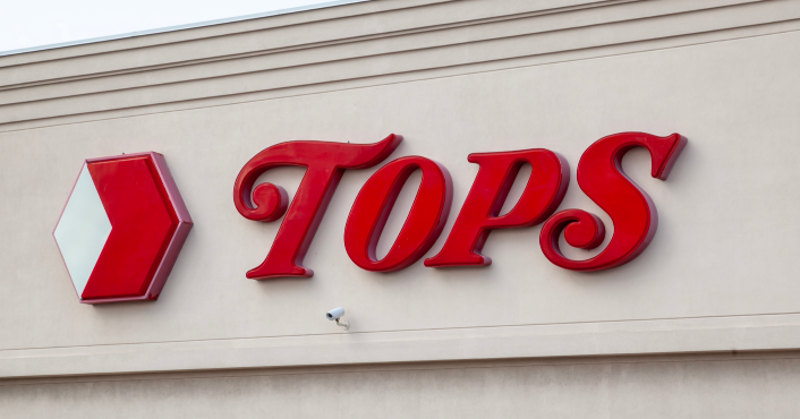 A Tops Markets spokesperson said Monday that three store associates were injured in the Saturday mass shooting at a Tops Friendly Market grocery store in Buffalo, N.Y. An earlier report on Sunday had indicated that four employees were shot. The gunman, whom law enforcement officials have identified as 18-year-old Payton Gendron of Conklin, N.Y., allegedly wrote in a 180-page manifesto that he sought to target an area with a large Black population.

After being arraigned on a murder charge, Gendron pleaded not guilty and is being held without bail, The Washington Post reported.

Details emerged Sunday about some of the victims of the shooting at the Tops store on Jefferson Avenue in Buffalo's predominantly Black Masten Park neighborhood. Among the total of 10 individuals killed and three wounded, 11 were Black. A retired Buffalo police officer, Aaron Salter, who was hired through an outside provider and was working as a security guard at the grocery store, was among those killed, the Buffalo Police Department shared. Salter confronted and shot at the gunman, but the gunman was wearing body armor that left him uninjured, Buffalo Police Commissioner Joseph Gramaglia told ABC News. Gendron then allegedly shot and struck Salter.

A Tops employee told ABC News that "if it hadn't been for Salter, she and her 20-year-old daughter, who was working at the register, would not have known the gunman was headed in their direction." Both mother and daughter were able to run out of the store.

Another of those killed, 86-year-old Ruth Whitfield, "was picking up groceries after visiting her husband at a nursing home, as she did every day," the Associated Press reported.

The shooting was livestreamed for approximately two minutes on the streaming platform Twitch before the feed was taken offline, authorities reported.

On Sunday evening, the Buffalo Police Department released the full list of those killed and injured in the shooting. (Information about employee vs. customer status for the victims was not immediately provided; this list will be updated.) As reported by The Washington Post, those killed are:

The Associated Press reported Sunday that authorities said Gendron had traveled to Buffalo the day before the shooting "to conduct reconnaissance with the intent of killing as many Black people as possible." Gendron had been briefly hospitalized last June after threatening a shooting at his high school, according to an unnamed law enforcement official, but was released and had no further contact with law enforcement until Saturday.

In a statement Sunday, Williamsville, N.Y.-based Tops said: "The Tops family is heartbroken over the senseless violence that impacted our associates and customers at our store on Jefferson Avenue. We are working quickly to make sure that all of our associates have access to counseling and support that they may need."

The grocer, which operates more than 150 supermarkets in New York, Pennsylvania and Vermont, said it has been "committed to this community and to the city of Buffalo for decades, and this tragedy will not change that commitment." Tops continued: "We are working to find alternatives for our customers in this community while the store is closed and will provide updates in the near future." A letter to shoppers from Tops President John Persons was posted to the company's press room on Monday; that letter is reprinted in full below this story.

Photos shared on social media over the weekend showed a truck with the logo of Rochester, N.Y.-based Wegmans supplying water to a crowd gathered outside the Tops store where the rampage occurred. Grand Rapids, Mich.-based SpartanNash issued a statement saying: "We stand by and support our grocery industry brothers and sisters at Tops Markets, and we are heartbroken that these frontline heroes and innocent shoppers have been affected by violence. As we continue to learn more about this tragic incident, all of us at SpartanNash are keeping the impacted families and the Buffalo community in our thoughts and prayers during this incredibly difficult time."

The Tops family is heartbroken over the senseless violence of this past weekend that has impacted our associates and customers of the Tops store on Jefferson Avenue - and our entire community. Tops has been committed to this community and to the City of Buffalo for decades and this tragedy will not change that commitment.

We thank our local, state and federal law enforcement agencies for their quick response and diligence and we are providing all available resources to assist authorities in the ongoing investigation.

We also want to thank Mayor Byron Brown and his staff for all their tremendous guidance and support. It has been heartwarming to see the outpouring of community support. Many of you have reached out with condolences and offers to help. Thank you.

Most importantly, we are rapidly working to create a fund for the families of victims and those directly impacted and will be providing more information over the next few days. It is our sincere hope to partner with many local and business leaders on this endeavor.

While the Tops location at Jefferson Avenue will remain closed until further notice, we are steadfast in our commitment to serving every corner of our community as we have for the past 60 years. Knowing the importance of this location and serving families on the East Side of the city, we have taken immediate steps to ensure our neighbors are able to meet their grocery and pharmacy needs by providing free bus shuttle service from 10am until 7pm daily from Jefferson Ave & Riley St to the nearby Tops on Elmwood Ave. We are also working closely with Council Member Ulysees Wingo Sr., who represents the Masten District, to provide free food and supplies to our neighbors via the Resource Council of WNY at 347 East Ferry St. in Buffalo.

As we continue to process this tragedy as a Tops family, grief counseling is available to all associates and their families beginning this Monday and Tuesday from 12:00 - 6:00 PM at the Merriweather Library on 1324 Jefferson Ave.

In addition, we thank the many local organizations that have offered their community resources for counseling support. One of those is the United Way of Buffalo & Erie County. If you are in need of immediate help, call 211 or text your zip code to 898-211.

My prayers are with Buffalonians during this time of sadness and grief and as this tragedy continues to unfold and we learn more about its extent.