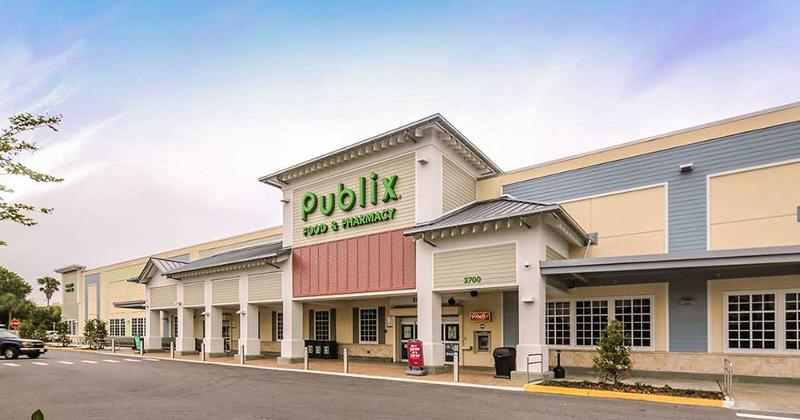 New grocery store openings in the U.S. increased nearly 30% in 2018, adding more than 17 million square feet of retail space, according to JLL’s Grocery Tracker 2019 report. That growth was largely driven by small-format concepts and the expansion of regional grocers, with more than one-quarter of the country’s new stores opening in Florida, California and Texas.

Florida saw the largest share (9.7%) of new grocery space in the U.S., fueled by the expansion of Publix Super Markets Inc., which recently announced that it will expand its headquarters in Lakeland, Fla. California and Texas each accounted for 7.8% of total new grocery square footage, boosted by Sprouts Farmers Market, Aldi, Grocery Outlet and Smart & Final expansions in California, plus Aldi, Kroger and H-E-B expansions throughout Texas, according to the report.

“Grocery is one of the strongest retail sectors, with nearly twice as many new stores opening than closing last year,” said James Cook, director of retail research at JLL, in a statement. “The grocery sector has seen shopper habits shift to more frequent, shorter trips, versus large weekly hauls. As a result, grocers are focusing on developing smaller-format stores, those under 10,000 square feet, with more local offerings to appeal to the surrounding community.”

On the other hand, Lidl slowed its real estate strategy in 2018 with just 15 new store openings, including five stores in Virginia. However, the grocer recently announced plans to buy 27 Best Market stores in New York and New Jersey in a move to accelerate its East Coast footprint.

As grocers battle razor-thin margins in prime locations while continuing to serve consumers’ evolving needs, even more grocers can be expected to roll out smaller format stores in the year ahead, Cook said.

“Disruption in the grocery sector proved that even a needs-based retailer needs to evolve with consumers' changing shopping habits,” he said. “Major chains such as Walmart, Kroger and Giant Foods are all making investments in areas that aim to provide their customers with a flexible and reliable shopping experience that best suits their individual preferences.”

Indeed, as the industry moves to accommodate the demand for digital services, retailers that focus their tech advancements around flexibility and convenience are well-positioned for a strong 2019 in both physical and digital retail. For instance, the report predicts robotic grocery delivery will take off in the year ahead as grocers such as Walmart and Kroger increase investment behind autonomous delivery systems.

With a focus on delivery, the past year also saw a rise in new distribution centers and systems to satisfy the demand for speedy fulfillment. Giant Foods, for instance, recently opened its first e-commerce pickup and fulfillment hub in Lancaster, Pa., with dedicated click-and-collect lanes for drivers visiting the hub. The report notes that the new fulfillment center should also bring an increase in deliveries, which will reach more customers than the original store that the hub facility replaced.

“While grocery investment saw a decrease in 2018, that may be due in part to stricter underwriting standards and lack of trophy and Class A grocery-anchored deals on the market last year,” said Chris Angelone, retail capital markets lead for JLL. “However, we expect an uptick in premium grocery locations to go on the market in 2019 as REITs and institutional investors continue to dispose some of their smaller neighborhood and community centers.”