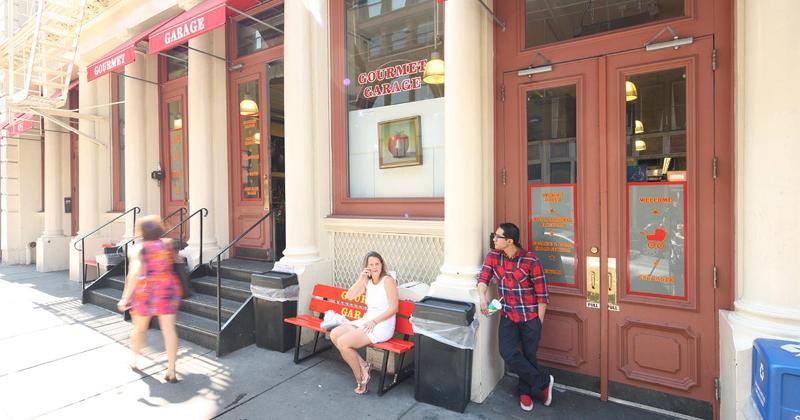 Regional trade publication Food Trade News first reported that Village was in talks to buy the chain. Two sources with knowledge of the talks who asked not to be identified confirmed to WGB a deal was or would be finalized shortly between Village and Gourmet Garage.

Should the acquisition go through, Village would gain three stores serving wealthy Manhattan shoppers in the Soho, Tribeca and Lincoln Square neighborhoods and a brand with equity in upscale, fresh and prepared foods that could be extended to Village’s other 30 ShopRite stores. It would also give Wakefern and Shop Rite a hold in Manhattan following steady expansion in New York’s outer boroughs in recent years, including last year’s opening of a Village-owned supermarket in the Bronx.

“Village has always been one of Wakefern’s most innovative retailers, so it makes sense for them,” Burt P. Flickinger III, managing director of Strategic Resource Group, a New York-based industry consultant, told WGB in an interview. “Village is going to war with Wegmans, and from what we’ve observed in places like northern New Jersey, they are winning. Gourmet Garage could be used as a way to further distinguish the offering at Shop Rite stores and at noncompeting independents serviced by Wakefern. It also helps Wakefern gain additional points of distribution.”

Gourmet Garage was founded by former restaurant food supplier Flying Foods International and opened its first store in Soho in 1987. The company, which takes pride in being a destination for chefs and food writers shopping for their own homes, grew to as many as five Manhattan stores but since closed two of them. Co-founder and CEO Andy Arons left the company earlier this year to pursue another food-related venture.

Flickinger speculated that Gourmet Garage was seeking an exit amid high costs of doing business and increased competition from other speciality retailers and e-commerce providers in Manhattan. While brands such as Whole Foods Market, Trader Joe’s and FreshDirect have expanded there, grocers including A&P and Food Emporium; D’Agostino’s; Gristedes; Balducci’s and Dean & DeLuca have retrenched or departed. Elsewhere in the five boroughs, Fairway Market is attempting a turnaround, while Wegmans is nearing the opening of its first store later this year in Brooklyn.

Though still controlled by the founding Sumas family, Village Super Market is the only publicly traded member of the Wakefern cooperative and is known for large, productive stores. It posted $1.6 billion in sales and $25 million in net income for its most recent reported fiscal year, which ended July 28, 2018. Village operates ShopRite stores in New York, New Jersey, Pennsylvania and Maryland, where it acquired two stores in 2011.