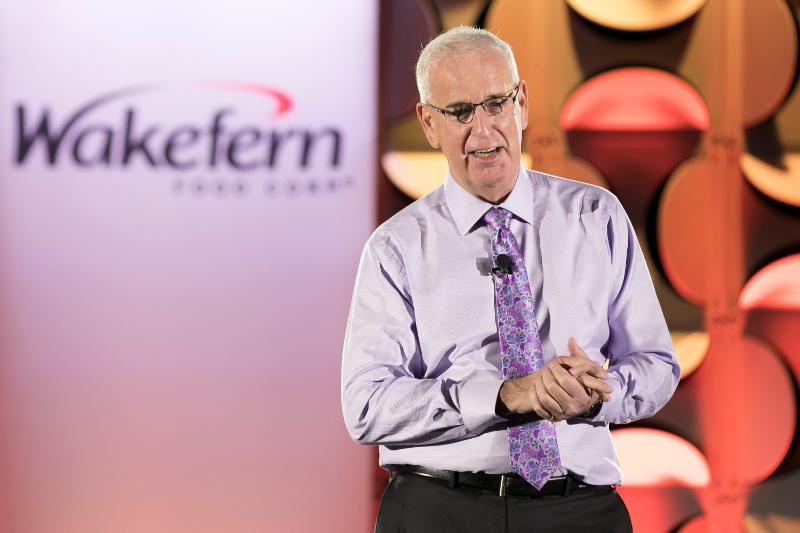 Wakefern Food Corp. improved sales by 1.5% to $16.3 billion in fiscal 2017, the company said at its annual meeting of shareholders last week in New Brunswick, N.J.

Wakefern is the largest retailer-owned cooperative in the U.S. The company and its members during the fiscal year opened four new ShopRite stores, two stores under the Fresh Grocer banner and two Price Rite Marketplace stores during the year, which ended Sept. 30. The company also expanded its own brand business during the year including the Wholesome Pantry line and the introduction of the ShopRite Trading Company brand.

“Neil’s dedication and hard work helped grow the popular Price Rite brand over the last 12 years, and we thank him for his service to Wakefern,” Joseph Colalillo, Wakefern’s chairman and CEO, said in a statement.

Colalillo also announced the retirement of Larry Collins from Wakefern’s board of directors and the addition of Patrick J. Burns, CEO of Burns’ Family Neighborhood Markets, to the board.

“We thank Larry for his service and commitment to the board. He will remain active in the cooperative and his own company, Collins Family Markets, which operates ShopRite stores in Philadelphia, Eddystone and Glenolden, Pa.,” noted Colalillo. “We welcome to the board Patrick Burns, who brought The Fresh Grocer stores into the cooperative in 2013. We look forward to working with Pat and the rest of the board to shape our future success.”