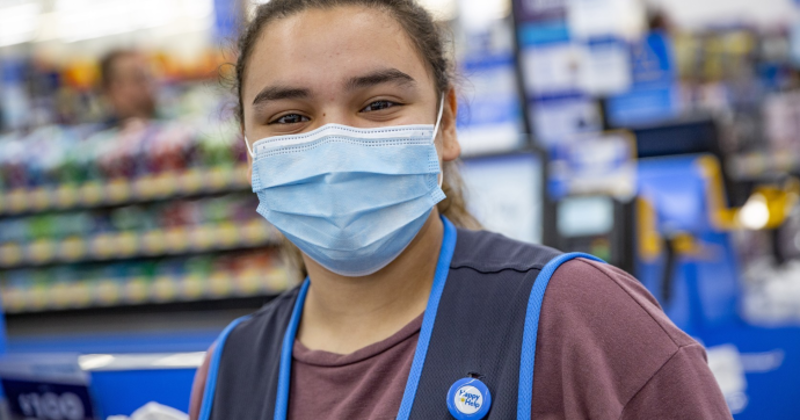 Walmart will cover 100% of college tuition and book costs for part-time and full-time associates, the Bentonville, Ark.-based retailer announced July 27.

Through Walmart's Live Better U (LBU) education program, which debuted in 2018, approximately 1.5 million Walmart and Sam's Club employees will be eligible to have their tuition paid for fee-free starting Aug. 16. Previously, associates paid a fee of $1 a day as part of receiving tuition assistance through the program. "The economy and job market have changed, and Walmart is always looking for new ways to encourage more associates to pursue further education," the company stated in a news release.

Walmart said it plans to invest nearly $1 billion in the next five years in career-focused training and development for its store workforce.

"We are creating a path of opportunity for our associates to grow their careers at Walmart so they can continue to build better lives for themselves and their families," Walmart SVP of Learning and Leadership Lorraine Stomski said in the release. The LBU program is expanding as well to include new degree and certificate options in business administration, supply chain and cybersecurity—courses of study that "tie directly to our growth areas at Walmart," Stomski said.

Since 2018, more than 52,000 Walmart and Sam's Club associates have participated in LBU, according to the news release, and 8,000 have graduated. Noting that student loan debt in the U.S. has reached $1.7 trillion (based on Federal Reserve data), Walmart said it is "committed to eliminating the burden of education debt." Earlier this year, as part of its pledge to award $100 million in racial-equity grants through 2025, Walmart announced a $1 million grant to the Student Freedom Initiative to support that organization's work to reduce education debt for students studying STEM fields at historically Black colleges and universities.

Walmart's newest investment comes as the competition to recruit and retain retail talent remains fierce. Last month, a survey from retail operations platform Zipline found that more than 2 in 5 retail associates (42%) were considering leaving or planning to leave the industry, and only 24% said they thought retailers are doing enough to retain talent and build the workforce they need.

Walmart, the country's biggest private employer, has noted that 75% of its store managers started as associates. "When an associate enrolls in LBU and earns a certificate or degree, they take important steps toward creating a long-term career within the Walmart ecosystem," the retailer stated in its announcement.