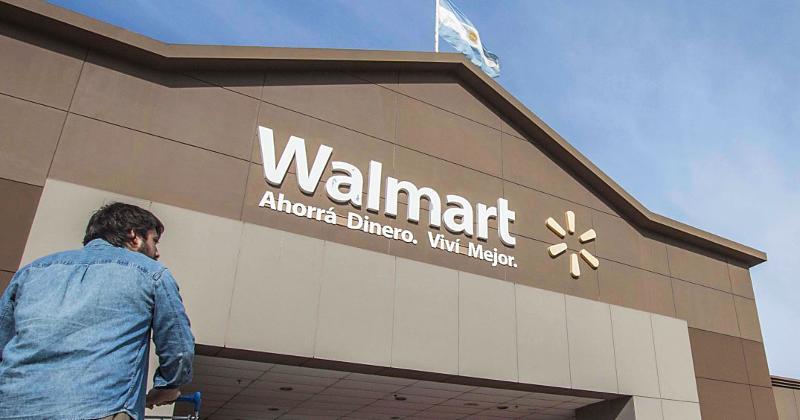 Continuing plans to recast its international holdings around markets with high growth potential, Walmart Inc. today said it has agreed to sell its Argentina business to Grupo de Narvaez, a Latin America retail investor. The new ownership, which has retail operations in Argentina, Ecuador and Uruguay, will bring a strong local expertise that will position the business to thrive, Bentonville, Ark.-based Walmart said.

Walmart said it would continue to support the business through transition services and sourcing agreements under the new ownership, however, it will not retain an equity stake. A purchase price was not included in the release but Walmart in a financial disclosure form said the company would record a $1 billion, after-tax noncash loss in its fiscal third quarter due to the decision to divest, “primarily due to cumulative foreign currency translation losses.”

Walmart has been steadily trimming its once far-flung international portfolio under International CEO Judith McKenna, who has described her goal as recrafting it around markets where the big retailer sees high growth potential, such as India and China. Walmart earlier this year reached an agreement to sell a majority stake in its Asda chain in the U.K., and in 2018, did the same in Brazil. Analysts believe it may also be looking for a buyers for divisions in Chile and Africa.

“We are very proud of our Argentina business and associates as they’ve led and shown resilience throughout this year serving customers when they needed them most,” McKenna said in a release. “We are excited by the local retail expertise the new owners bring to this already strong business, and we believe this deal creates the right structure to help it truly flourish for many years.”

Walmart International had net sales of $120.1 billion for fiscal 2020, representing 23% of the retailer’s total sales.

The company said Walmart Argentina had demonstrated “incredible resilience and exciting innovation throughout the COVID-19 pandemic,” significantly expanding its omnichannel capabilities to serve a broader base of Argentinians.

Under Fernando Minaudo, Grupo de Narvaez CEO, the new owners will continue to drive long-term growth for the business in Argentina’s dynamic retail environment. The company will remain one of Argentina’s largest employers and will continue to work closely with suppliers to provide the best value for customers, maintaining its commitment to supporting domestic suppliers and small businesses. Dolores Fernandez Lobbe, general manager of Walmart Argentina, will continue to support the business through a transition period, after which she will move into a new role within Walmart, the company said.

Walmart Argentina started operating in 1995, with the launch of its first shop in Avellaneda.

Minaudo said: “We are very proud and excited about this new investment. We share the same values: a customer-centric philosophy, focus on operational excellence and commitment to the communities in which we operate. The company’s performance and dedication of its incredible associates through the COVID-19 pandemic have demonstrated the fundamental strength and resilience of the business, and we are thrilled to support the team, drive long-term growth and create new opportunities for associates and suppliers across Argentina.”