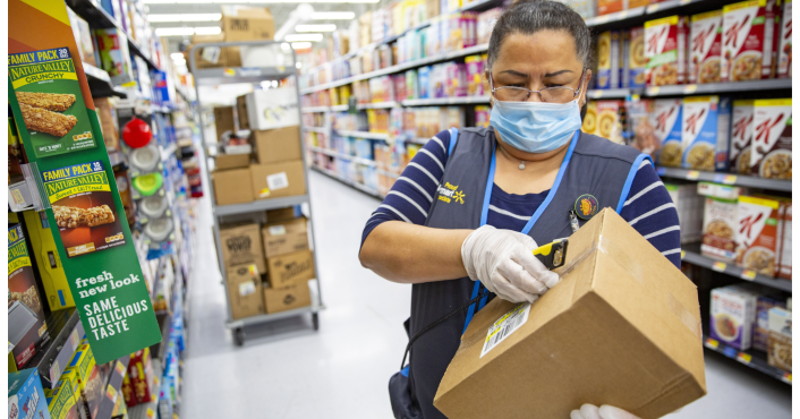 A dip in the number of women employed at Walmart in 2021 and a gap between the shares of Black employees promoted from hourly-to-hourly roles and those promoted from hourly-to-management roles point to areas of workforce opportunity for Walmart, the company's recently released midyear report on Culture, Diversity, Equity and Inclusion suggests.

While women account for 53.8% of Walmart employees in the U.S.—including approximately 54% of hourly workers, 44% of managers and 34% of officers—they made up only 49.8% of new hires in the first half of the year, Walmart noted. In addition, Walmart saw a nearly 1% decline in its employment of women since Jan. 31.

"We acknowledge women may have been adversely affected by the pandemic and as a result are leaving the workforce," Walmart EVP and Chief People Officer Donna Morris stated in the report. "Throughout society, this period has disproportionately affected women and specifically women of color. While there are many reasons for this phenomenon and it isn’t isolated to Walmart, we’ll continue to take active measures toward the pre-COVID progress of women in the workplace."

Among those measures, she said, will be support for family leaves, predictable scheduling, and "policies and benefits that support flexibility, wellness and inclusive behaviors." Walmart's announcement in July that it will cover 100% of college tuition and books for eligible associates also is an important component of the company's commitment to career development, Morris said.

Ben Hasan, SVP and Walmart Inc.'s global chief culture, diversity, equity and inclusion officer, highlighted in a summary of the report that Latinx and Asian representation in Walmart's workforce rose in the first half of the year, and that the share of women in officer roles climbed slightly (1.14%) since the end of January. He noted the company's creation in May of the Accessibility Center of Excellence to increase digital and physical accessibility for Walmart customers and associates.

"We often fixate on big acts of change—the splash we create when we toss a rock into the pond," Hasan wrote. "But we must recognize that small actions, repeated over time, are equally important." Walmart, he continued, is "doing the work—big and small—focused not only on the splash, but also the ripples and waves that will create everlasting change."