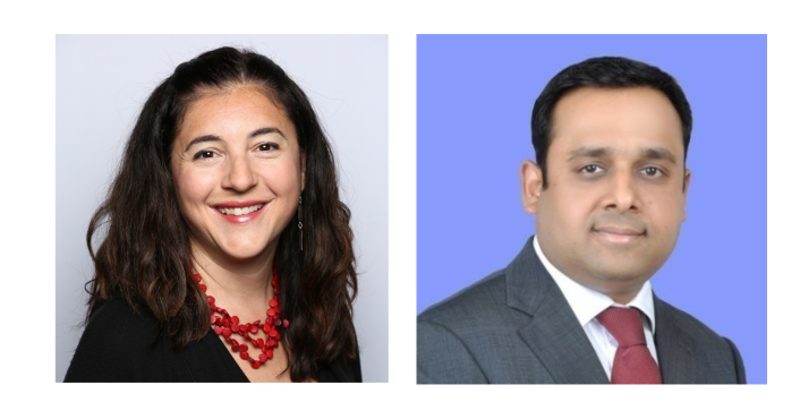 Oren's 18-plus years of experience in retail includes her most recent tenure as VP of operations at Emeryville, Calif.-based Grocery Outlet; she has also held senior roles at Williams-Sonoma, Pottery Barn and Macy's, notes a news release from Fremont, Calif.-based Weee!. In her new role, Oren will oversee category management and work to expand product assortment, which Weee! says is growing at a clip of 150 new products per week nationwide.

Nitin Jain spent the past 14 years at Walmart Inc., where he most recently served as senior director of operations and supply chain finance for Walmart's e-commerce business. Having worked for Walmart in San Francisco; the retailer's Bentonville, Ark., global headquarters; and India, Jain helped steer development of Walmart's $1 billion India business and led efforts to drive efficiency and cost savings in inventory management, merchandising and transportation. At Weee!, as leader of the finance team, he'll work with the operations, supply chain, merchandising and marketing business functions.

In addition, Weee! named Judy Phyo, formerly of Tesla and Ernst & Young, as VP and corporate controller. Back in February, the company named its first CFO, and in May, Weee! hired a Netflix and Instacart vet to help lead the company's marketing program.

"Our expanded leadership team is a reflection of our commitment to aggressively growing our user base while continuing to delight customers with exceptional products at reasonable prices, all while leveraging the power of discovery and social sharing," Weee! founder and CEO Larry Liu said in a news release.

Weee! currently offers fresh grocery delivery in 13 states (up from nine in February) and ships shelf-stable products across the country. With a focus on serving Asian and Hispanic communities in part by offering traditional and sought-after ingredients (such as air-flown Hokkaido uni) and favorite brands for home delivery, Weee! has fulfilled more than 10 million orders so far, according to the company.