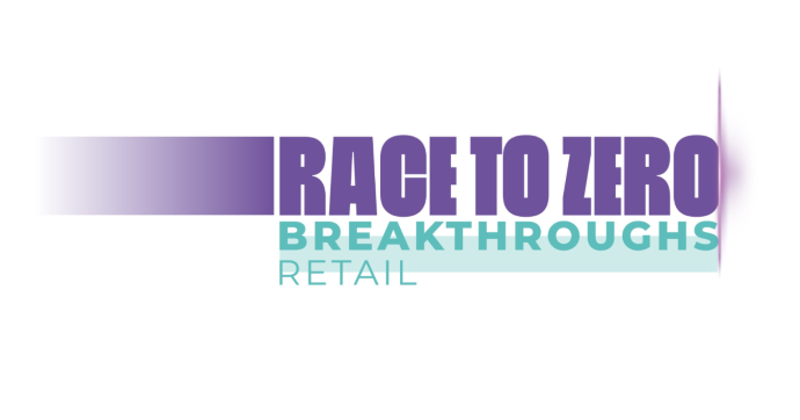 Walmart and three other big-name global retailers are partnering with a cohort of international climate champions to launch a new climate change initiative aimed at getting more retail players to commit to decarbonization targets.

The new Race to Zero Breakthroughs: Retail Campaign encourages retailers to come up with detailed plans for how they will cut carbon emissions and help meet the globally established goal of limiting worldwide warming to no more than 1.5 degrees Celsius above preindustrial levels. That temperature target was one of several climate-change goals laid out in 2015 as part of the Paris Agreement, which the U.S. rejoined in 2021.

"The imperative to take action to limit warming to 1.5 degrees Celsius has never been higher," Walmart stated in a news release announcing the campaign. "Despite bold actions from some leading retail brands, a decarbonization pathway for the sector is notably absent, with only 5% of retail businesses—by total global industry revenues—having committed to taking action to limit global warming in accordance with the Paris Agreement goals," the Bentonville, Ark.-based retailer said.

Race to Zero's other founding players are H&M Group, Ingka Group (IKEA) and British home-improvement company Kingfisher. The United Nations' two current Climate Champions are collaborators on the initiative, which is being supported by the World Business Council for Sustainable Development (WBCSD).

To help retailers step up their sustainability efforts, the Race to Zero campaign will provide sector-specific, best practices-oriented guidance, according to Walmart. The campaign also will work with trade groups to drive Race to Zero awareness and promote resource sharing for retailers working to develop net-zero road maps. Additional retailers can formally join the campaign by establishing science-based climate action targets and committing to halving greenhouse gas emissions by 2030, with net-zero carbon emissions achieved no later than 2050.

"This campaign is a call to retailers everywhere to take ambitious climate action as they increasingly recognize the risks posed by climate change across their supply chains and operations," WBCSD President and CEO Peter Bakker stated.

In September, Walmart set an internal target of achieving zero emissions across its global operations by 2040. Walmart and the Walmart Foundation also committed to protecting, managing or restoring 50 million acres of land and 1 million square miles of ocean by 2030. Walmart President and CEO Doug McMillon said at the time that the commitments "not only aim to decarbonize Walmart's global operations, they also put us on the path to becoming a regenerative company–one that works to restore, renew and replenish in addition to preserving our planet and encourages others to do the same."