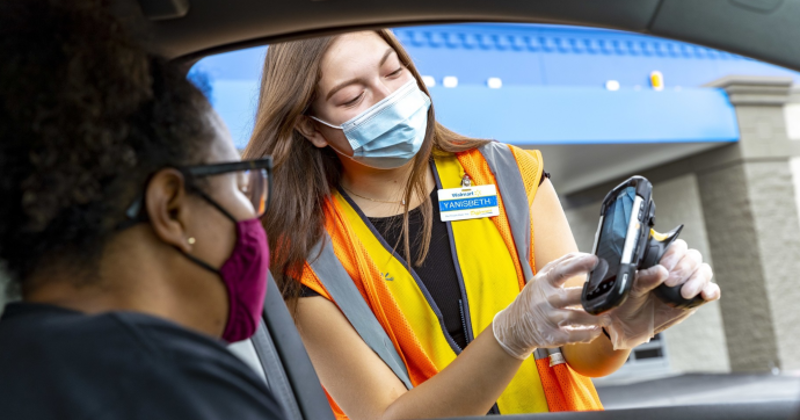 Walmart often presents itself as something of a snapshot of the United States itself. Some 90% of Americans, Bentonville, Ark.-based Walmart Inc. frequently notes, live within 10 miles of a Walmart store, and back in 2016, 95% of Americans made a purchase at a Walmart store or online from the retailer over the course of the year. In addition, the company employs 1.5 million people in the U.S., making it the country's largest private employer.

And when it comes to reflecting broader challenges and shifting dynamics in the U.S. labor force, Walmart is right there, too, suggested Walmart EVP and Chief Sustainability Officer Kathleen McLaughlin. Speaking Thursday at a Walmart-hosted online event focused on the company's workforce strategies and priorities, McLaughlin said Walmart has made some progress against its diversity, equity and inclusion-related goals but that, as in the U.S. business community more broadly, significant work remains.

"In society in general, we have a long way to go, and Walmart is no exception," McLaughlin said. "We’re encouraged by [our] progress, but we’ve got a ways to go, for sure."

Walmart has recorded wins and losses in its hiring and advancement of women and people of color in the past year, McLaughlin acknowledged. She pointed to numbers in Walmart's recently released midyear Culture, Diversity, Equity and Inclusion report that showed a small increase—1.14%—in the share of women holding officer roles in the company since the start of the year. However, overall, women's employment with Walmart is down nearly 1% this year—likely reflecting national trends of women stepping away from or not fully rejoining the ranks of the employed because of pandemic-related childcare and eldercare disruptions.

"We’ve probably all been reading the same articles" on the COVID-19 pandemic's impacts on women and the economy, McLaughlin said. "I can say for myself as a woman, I’ve struggled in this pandemic."

For any area where representation slid, McLaughlin said, "[We're] asking ourselves, why did that slip a point?" Walmart uses its midyear and full-year data, she added, "to dig in and see, 'OK, this practice is working; is there something else we need to do?'" The company is striving, she said, "to build a Walmart for everyone and have our associate basically reflective of the communities where we operate."

The pandemic's impacts on women and, in particular, women of color through the past 18 months make Walmart's focus on "having the best value proposition we can for associates" all the more crucial, McLaughlin said.

Included in that value proposition are wages and benefits—Walmart's minimum wage stands at $12 an hour ($15 an hour at Sam's Club locations), though the company has repeatedly emphasized that starting wages vary based on the market and that Walmart's current average hourly wage in the U.S. is $16.40. Two-thirds of Walmart hourly associates are full-time, McLaughlin noted.

Company leadership has said previously this year that Walmart has no immediate plans to raise its minimum wage to $15 an hour, as rivals Amazon and Target have done, but McLaughlin said Thursday that CEO Doug McMillon, who is wrapping up a term as chair of the Business Roundtable, and Walmart more broadly are in support of raising the federal minimum wage.

Equally important to Walmart, McLaughlin said, are opportunities the company offers for continuing education, upskilling and career development to help prepare workers for higher-skilled roles within or outside Walmart. Around 3,500 employees have completed their chosen course of study through Walmart's Live Better U. education program since that program debuted in 2018, she said. (Walmart announced in July that it would remove the $1 per day fee for participating in the program and cover tuition and books for Live Better U. students at 100%.) Black and African American employees participating in Live Better U. are twice as likely as the average associated to stay with Walmart and be promoted, McLaughlin stated.

Walmart is "experimenting with new ways for adult working learners to pick up new credentials and skills [and] engaging employers to make this a movement," she said.