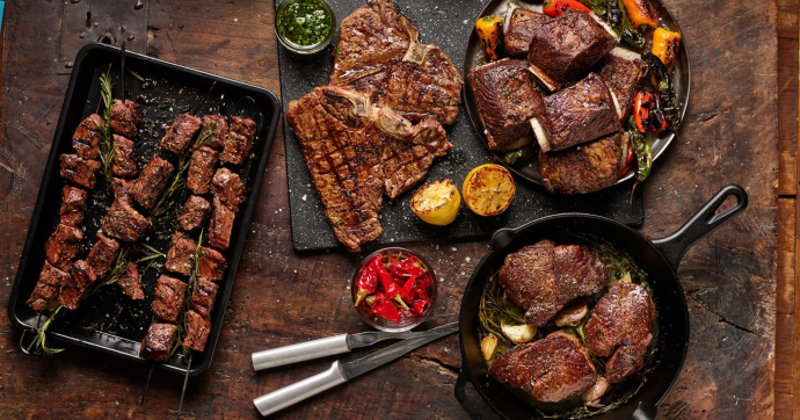 On a day that saw some meat plants in the U.S. and Canada cancel shifts following a cyberattack on Brazilian meat megaproducer JBS, Walmart announced a move to shore up its own meat supply chain: The retailer is launching McClaren Farms, a private-label line of Angus beef.

McClaren Farms is the first label to come out of a collaboration between Walmart and fourth-generation Texas rancher Bob McClaren of Prime Pursuits and 44 Farms. That collaboration, first announced in April 2019, represents Walmart's first move into end-to-end beef production.

The new label's offerings will include USDA Choice Angus Filet Mignon, T-bone, porterhouse and ribeye steaks as well as short ribs and chuck roast. All McLaren Farms products are produced in the U.S. and contain no added hormones, Walmart stated in a news release.

Customer expectations with regard to supply-chain transparency and traceability are higher than ever, Walmart Vice President of Meat David Baskin said in the release. The debut of McClaren Farms helps meet those heightened consumer demands and creates steady demand for U.S. ranchers, creating a measure of stability in a volatile marketplace, Walmart indicated. Producer prices for beef were up 14.2% year over year in April, the Bureau of Labor Statistics reported, with costs rising for feed, labor and transportation.

And while store inventories have recovered since the start of the pandemic, meat shortages persisted in some Walmart stores into early 2021. Dealing with ongoing and evolving supply-chain challenges is a top priority for the company, even as Walmart leaders last month celebrated better-than-expected sales and earnings for the year's first fiscal quarter.

"The mission of Prime Pursuits is to lift beef production from a commodity industry to a specialized business," Prime Pursuits states on its website. McClaren, who is CEO of 44 Farms, stated in Walmart's release: "No bigger paradigm change has taken place in the beef industry than what is happening with Walmart bringing truly high-quality, all-natural, no-hormones-added Black Angus beef to its customers."